The Fall Weather Prediction For The Prairies 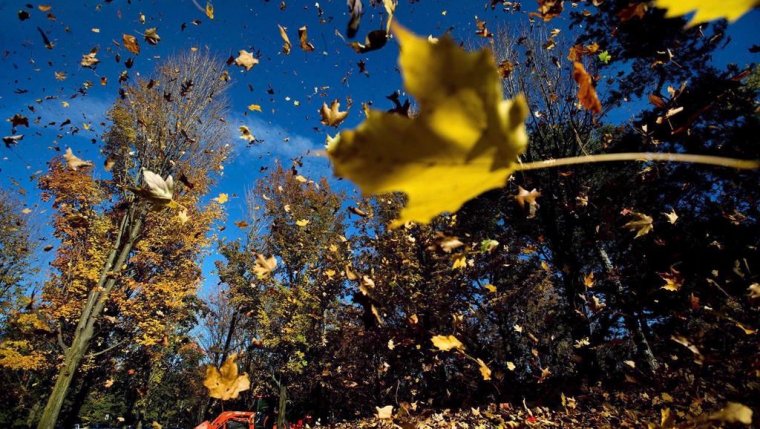 Canadians can expect to enjoy a full fall season with a steady transition to winter over the next two months, The Weather Network forecasts.

The network is predicting that winter won’t come early this year and that Canadians will get to experience an overall mild fall from now until the end of November.

"We are going to see some weeks where it’s warm and some weeks that are cold, but this year it’s not quite the steepness of the drops and rises we sometimes see this time of the year."

Scott said there will be a smooth transition in temperature through the fall months towards December. He said Canadians can expect near normal or above normal temperatures for most of the country.

Scott said even though some parts of Canada, such as Alberta and British Columbia, have already had snow, Canadians "won’t see the sudden drop into winter as we normally do."

"We’re not going to lock into a winter pattern right in November it looks like, so that means we’ve got a couple months to go here where folks that like fall foliage — they’re going to get their chance to enjoy the fall colours," he said. "There’s going to be a pretty good amount of time to go hiking and do activities outdoors."

Scott also broke down the fall forecast for each region across Canada:

Scott said while it’s been a hot September so far, more typical fall weather is expected over the next few weeks, but temperatures will still be warmer than average. He also said there will be fewer storms than normal and fewer rainy days.

He said overall, seeing the leaves turn fall colours will be delayed.

"We will not see a wild November, which can sometimes happen in this part of the country," he said. "We’re not going to see those weather patterns where it’s just going to unload on us all of a sudden."

Scott said even though there has been a cooler start to the fall season in the province, warmer than normal temperatures are forecast for mid and late fall.

Precipitation will be near to slightly below normal across the province overall, which could affect the amount of snowfall, he said.

"There might be a slower start to the ski season than normal," he said. "It doesn’t mean we won’t get a good ski season, it just means we probably won’t load up on the snow as much as we sometimes do in November."

"Over the last 10 days it seems like we’ve plummeted into an early winter — that won’t last. We’re going to snap out of it and get some milder weather especially through October," said Scott.

Also forecast are drier than normal conditions across southern Alberta, with near to slightly below normal precipitation anticipated elsewhere in the prairies, including Manitoba and Saskatchewan.

"For November, while it can hold some snowy surprises, we don’t think we’re dropping into the minus 20s that we sometimes do in the second and third week of November. So the gentler, milder fall applies here," he said.

"That trend of milder than normal will continue here in the fall," said Scott.

He said there may be extended periods of dry weather, but the region can still expect near normal precipitation "in bunches."

"This is because we might get a tropical system like what we’re watching with hurricane Florence and the remnants of those systems that come through," said Scott.

"All across Nunavut we do expect colder than normal temperatures for this fall and then going into winter, but we still don’t expect an early start to winter," said Scott.