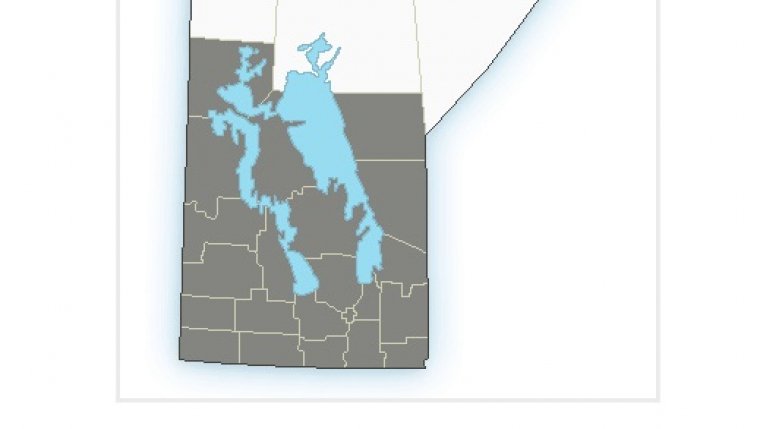 An Alberta clipper is set to bring a mix of winter weather to southern and central portions of Manitoba beginning Monday morning.

The system will move across southern Manitoba on Monday bringing a swath of heavy snow from the Parklands region eastwards towards the Ontario border and south towards the Trans Canada Highway. The axis of heaviest snow will include the Parklands and Interlake district over to the Whiteshell and up to Berens River. Storm-total snowfall accumulations through these areas of 5 to 15 cm are possible.

As the clipper moves to the east Monday evening, strong northerly winds will develop over the region, including the ice covered lakes. Winds of 40 to 50 km/h are likely, with the strongest winds being over the Red River Valley with gusts of up to 80 km/h Monday evening into early Tuesday morning. Gusts up to 90 km/h are possible over Lake Manitoba, the south basin of Lake Winnipeg and near the southern shores of the north basin of Lake Winnipeg during the same time period.

These strong winds, combined with freshly fallen snow, will produce a widespread area of blowing snow. The most extensive blowing snow is likely to occur over the frozen lakes and in the Red River Valley Monday night and is likely to result in a deterioration of travel conditions.

Additionally, a risk of freezing rain is possible primarily south of the Trans Canada in southwestern regions Monday morning into Monday afternoon. Some of these same areas near the international border may experience precipitation first as rain, before quickly transitioning over to snow.

Conditions will improve Tuesday afternoon as the winds taper off. Behind this system, another surge of arctic air will move into the Prairies. Overnight lows will drop to near minus thirty midweek, and likely remain below seasonal through the weekend.