How to Get a Treat You’d Otherwise Miss 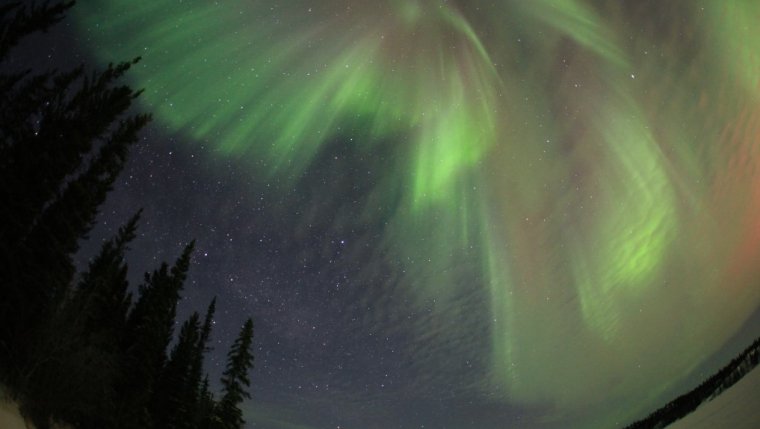 WINNIPEG - Most Manitobans out hunting for sweet treasures will be missing out on a heavenly treat this evening thanks to a sudden haunting of clouds and precipitation. If it wasn’t for today’s weather conditions, more of us would be able to join most other Canadians in taking in a dazzling show put on by the aurora borealis.

AuroraMAX, a northern lights observatory in the Northwest Territories, says Manitobans should be on the lookout for northern lights this weekend, along with people in nearly every region of the country. The team of space physicists says the extra-fancy display is the result of a coronal mass ejection that’s bombarding the earth’s atmosphere after shooting from the sun this past Thursday, and recommends getting out to a place without light pollution to try to see it for yourself.

But Environment Canada says much of Manitoba will be under cloudy skies, with a 30 per cent chance of rain showers early this evening, followed by a 30 percent chance of flurries. It will also be a chilly night, with a low of -3 C and a wind chill dropping to -8. Meteorologists are warning of 5-10 cm of lake-effect snow on its way to parts of the prairies through Monday.

Instead, you can watch the northern lights from the comfort of your home, broadcast live from Yellowknife in high definition, as soon as the sun sets there just after 8 p.m. Central Time today, on the Canadian Space Agency website.