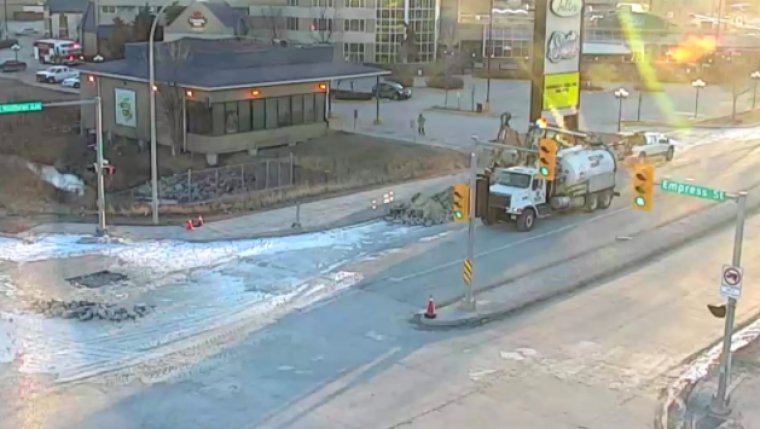 WINNIPEG, MB - Businesses and homes lost power, were evacuated and many roads closed due to the potential for an explosion given a gas leak was in the area.

The gas leak was first reported around 3:30 PM yesterday, April 12th. The leak was the cause for the evacuation of the Polo Park Mall and many other businesses in the area. Over 20,000 customers had to have their power cut for safety reasons because of the leak.

Early this morning Manitoba Hydro has reported that power has been fully restored to the area, however some roads remain closed including the intersection at St. Matthews Avenue and Empress Street. 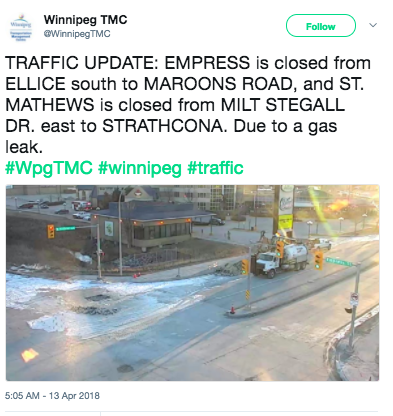