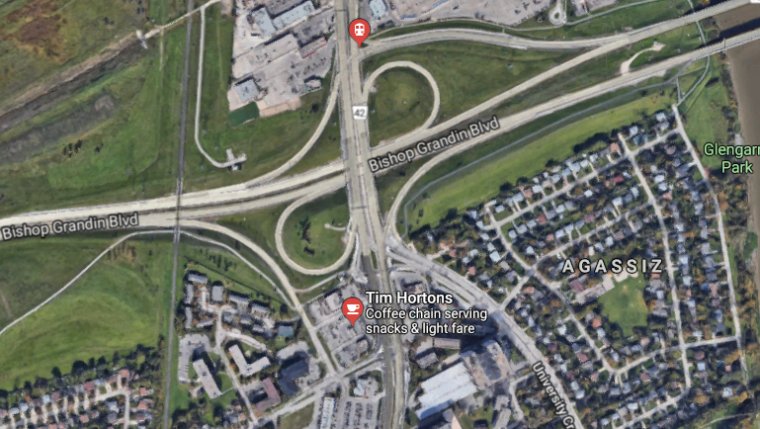 A pick-up truck, northbound on Pembina Highway collided with a vehicle making a southbound turn from Bishop Grandin Boulevard.

The driver of the truck, a 31-year-old man from Winnipeg, was arrested and will be charged with Driving While Ability Impaired (alcohol) Cause Bodily Harm and Refuse to Provide Sample. He was released on a Promise to Appear.

WINNIPEG - An accident early Sunday morning on Pembina Highway at Bishop Grandin Boulevard had part of Pembina closed for a few hours, it's now open.

The accident involved two vehicles and happened around 4:30AM according to a tweet by Winnipeg Police. 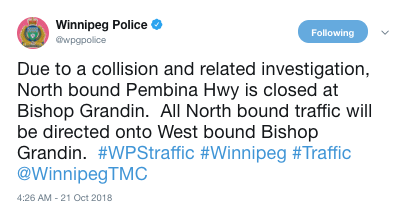 There are multiple media reports suggesting three people were taken to hospital, this has not been confirmed by police.

Police have also not released any on what caused the crash.