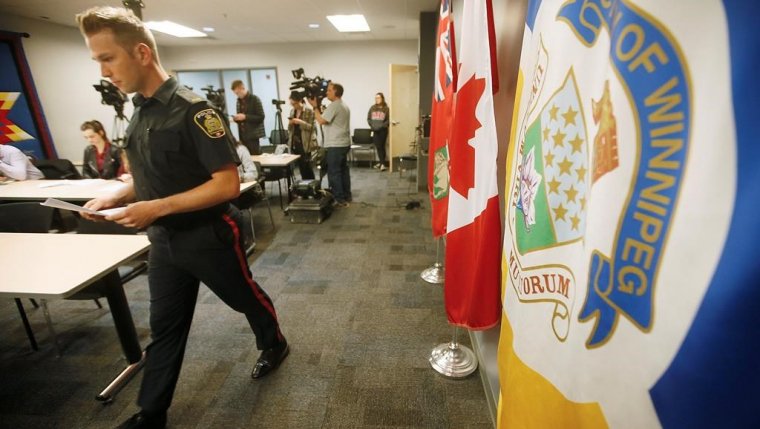 WINNIPEG — Police say a warning of a nuclear threat that was broadcast in a downtown Winnipeg neighbourhood was a prank.

The audio recording blasted through Osborne Village around 9:20 p.m. on Sunday and warned that a nuclear attack was occurring against Canada and the United States. It said six missiles were expected to strike in the next 15 to 25 minutes.

"All Canadian residents should seek out a fallout centre immediately," the recording said in a mechanical−sounding voice.

It warned people to stay away from windows and to put together survival kits.

An investigation determined the audio was from an online video played through a home speaker system.

"This is some jokester who probably thought it would be funny to play this audio and it’s unfortunate," Murray said. "I don’t think they probably realized the amount of fear and panic they put into some people and the stress on, not only the police system, but other systems as well."

Ron Schuler, minister responsible for emergency measures, said emergency alerts in Manitoba would be broadcast on radio and television or through a message on mobile phones.

"It is done by proper channels. It’s not done by a rusty van with speakers hanging out the side. It’s not the van down by the river making these announcements," he said.

There have been false alerts around the world as U.S. President Donald Trump and North Korean leader Kim Jong Un have exchanged words over the testing of nuclear weapons.

In January, panic ensued in Hawaii after a false ballistic missile alert was sent out warning people to seek shelter. The employee who sent it was fired from the Hawaii Emergency Management Agency.

Only a few days later, Japan’s public broadcaster NHK sent a false emergency alert to subscribers of its mobile app that stated North Korea had launched a missile. The broadcaster quickly sent a retraction and apologized.

On the weekend, the BBC had to issue a statement saying a video that went viral of a BBC journalist warning of thermonuclear war was false.

Murray said Winnipeg police have not encountered a prank like this before, but he predicted it isn’t likely to be the last. There would be serious ramifications for anyone considering a similar stunt, he said

"I can’t imagine if you have someone who thinks this is imminent, what is going thorough their mind, so it’s a matter we take very seriously."