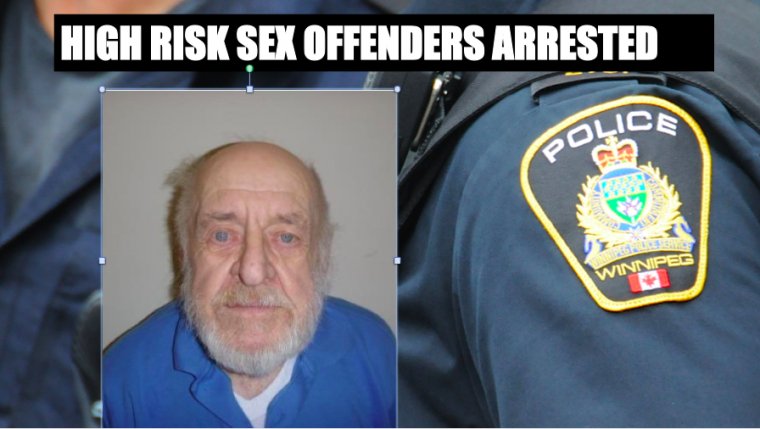 WINNIPEG - Police working together in Manitoba have removed and returned to jail a number of High-Risk Sex Offenders.

The Manitoba Integrated High Risk Sex Offender Unit (MIHRSOU), a joint forces unit of the Winnipeg Police and the RCMP made several arrests this month of previously convicted sex offenders.

William Rupert Astle (photo below), an 82-year-old man, was released from federal custody on February 1, 2018. He was serving a four-year sentence for Indecent Exposure to a Person Under 16 Years of Age and Failing to Comply with a Probation Order. The offence took place in Winnipeg. He was considered a high risk to re-offend in a sexual manner against young females. 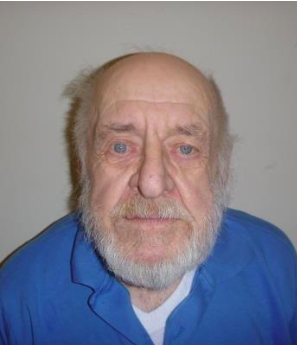 Astle found a place to live in Winnipeg and was subject to several bail conditions.

On May 21, 2018, police noticed Astle operating a vehicle in the area of Dufferin Avenue and Main Street. Officers observed him park his vehicle for several minutes in the area of a playground contrary to several court-ordered conditions.

Astle was arrested and charged with Breach of Recognizance x2 and Fail to Comply with Prohibition Regarding Children X2. He was remanded into custody.

Apay Ogouk, a 34-year-old man, was released from federal custody on April 10, 2017. He was serving a sentence of three years and six months for Aggravated Sexual Assault. The offences took place in Winnipeg and Calgary. He is also considered a high risk to re-offend in a sexual manner against females.

Ogouk found a place to live in Winnipeg.

On May 23rd the Manitoba Integrated High-Risk Sex Offender Unit was notified that a Canada wide warrant for Apprehension and Suspension of Statutory Release has been issued. Police acted quickly and found Ogouk at a home in the West Broadway area of the city in the company of a female. He was arrested and returned to custody.

Cecil Junior Houle, a 42-year-old man, was released from federal custody on January 17, 2018 after serving a 12-year sentence for Manslaughter and Sexual Assault Causing Bodily Harm. The offences took place in a rural community north-west of Winnipeg. He is considered a high risk to re-offend in a sexual manner.

Upon his release, Houle was bound by court-ordered conditions and monitored by the Manitoba Integrated High Risk Sex Offender Unit.

On May 23 Houle failed to abide by the condition of his curfew. Police located him at his residence the following day and took him into custody. He has been charged with Fail to Comply with Recognizance X2 and detained.