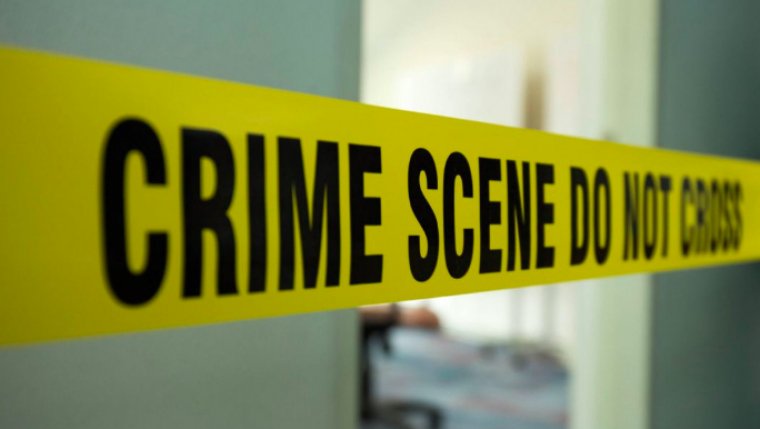 Waiting for a tire to be fixed for my car, I hear a tale of crime that is truly distressing.

The manager of the outlet told me that he had recently been robbed. He came home to his house at four o’clock one afternoon to find it in shambles. “They took all sorts of things,” he said, “clothes and jewellery and money and whatever they could lay their hands on.” A television was on its side, dropped in haste, one supposes, when the thieves were disturbed.

“I called the cops right away, but it took them three days to come out to investigate. When they came, they asked why I had cleaned up! What else was I supposed to do? I couldn’t live like that.” His voice betrayed his emotion. He was in shock, feeling violated, even a little afraid the robbers would come back.

“The only thing they asked me was if any food had been taken from my fridge or my freezer,” he said. But nothing had been touched here, although drawers were ripped open and contents scattered or destroyed if not stolen. The police gave him a report number for his insurance company. They weren’t interested in interviewing the neighbours who had actually seen the two men enter the backyard and though they were servicemen. They didn’t want fingerprints from the television set.

The investigation was casual and nonchalant, but a week later, the manager was notified that some of his goods had been found and the perpetrators arrested. “You won’t want the stuff back,” they said. It was filthy and a bag of clothing was covered in blood. “The house we found it in was the dirtiest place you’ve ever seen.”

This was not a one-off kind of event. The police estimated that these two thugs had committed about 40 break-ins and robberies. (Considering their few questions and refusal to interview the witness neighbours, it appears that they knew very well who the perpetrators were. Knowing all that, it begs the question of why they hadn’t been apprehended earlier!)

Not was our victim any luckier when it came to his insurance. Turns out, Insurance will only pay the depreciated value up front and will add any extra replacement costs – when they get around to it – on being given a receipt showing that the good was replaced. “I will be out hundreds of dollars,” said the manager. “There are so many things that can’t be replaced.”

A customer came in and interrupted the story, but there were three others besides me who had heard the whole sordid tale. “Isn’t that awful?” I said.

“Yes, it is,” answered a young man holding a sleeping four- year-old girl. “Almost as bad as having your house invaded.”

He then told me about how two men had forced their way into his home and beaten him with a crowbar. They were on a mission of vengeance from his former wife, the mother of the child. An older man who turned out to be the grandfather vouched for the story. “We are always looking over our shoulder now in case someone shows up and snatches my granddaughter,” he said. The former wife, a drug addict might easily do this for ransom to feed her habit. “She wouldn’t dare,” said the young man, but clearly, she would.

All this is something to think about. How safe are we? Can you prevent these kinds of crimes? It had been a simple matter for the thieves to kick in the doors to gain entry. It is probably just as easy to gain entry to your home since Canadian doors are installed to open inward – apparently, an left over from pioneer days, to make it possible to escape your home in a very bad snowstorm. The manager says that the doors to his house are now blockaded, but even so, windows are easily broken no matter how strong the doors are or which way they open.

And his robbery happened in broad daylight with neighbours looking on.

As for our young man, the doorbell rang and he answered it. How do you deal with that?

In a city where somewhere around 50% of our total budget goes toward the police and fire fighting forces, we should be asking harder questions about enforcement. How can a pair of thugs commit 40 robberies without being caught? As for the home invaders, I hope they locked them up and threw away the key.

Mayor Bowman, when you are re-elected, you need to crack down very hard on your administration and make sure the money we are spending for protection gets results and if not, don’t be afraid to make heads roll.