UPDATE - Stabbing at Winnipeg High School Sends One to Hospital 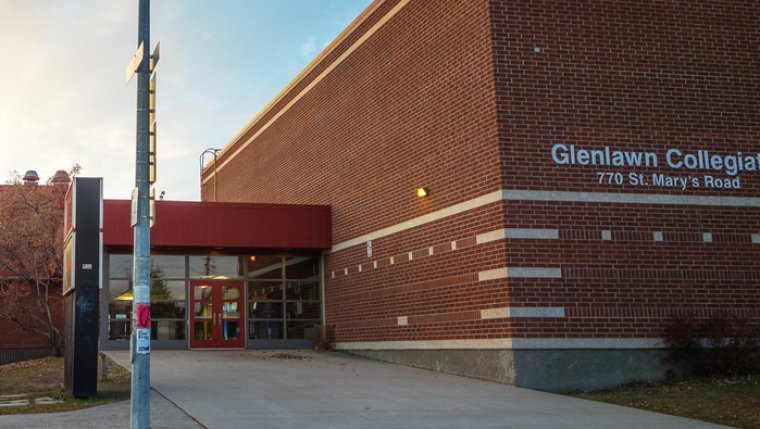 Police are also saying a teenaged male suspect has been arrested. 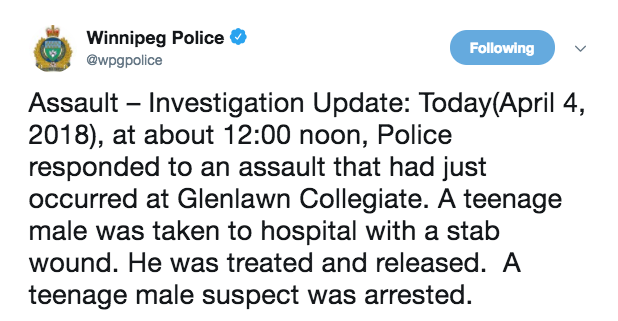 WINNIPEG, MB - One person has been taken to hospital following an altercation at a Winnipeg High School.

Winnipeg police said, in a tweet, that one male was taken to hospital around the noon hour following an assault at Glenlawn Collegiate.

There are reports the person taken to hospital was a student but police are only saying it was a male, they have not even released any details about the condition of that male.

Police are confirming that a suspect has been taken into custody.

Manitoba Post will provide more details as they become available.