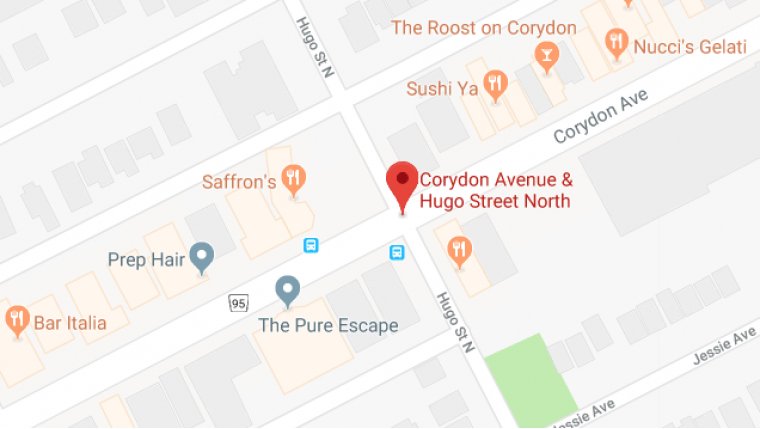 WINNIPEG - Police charge 23-year-old who spent the night intimidating people, pulling a knife on one woman and spraying people with bear spray.

Police first learned of the suspect Tuesday night, 11:35PM, after a person was sprayed with bear spray in the area of Hugo Street and Corydon Avenue. Officers found an man matching the suspect description near Corydon Avenue and Arbuthnot Street.

Police said a man and woman were walking in the area of Hugo Street and Corydon Avenue when they were approached by the suspect. He asked the woman for a cigarette and after she said she did not have one, the man became agitated. He began yelling obscenities and following the victims as they walked away. The suspect then sprayed bear spray in their direction, making contact with them both.

A short time later a woman who was outside on Corydon Avenue was approached by the suspect who asked if he could buy a cigarette. The woman gave him cigarette and then he offered to sell her drugs. When she declined and tried to walk away, the suspect stood in her way and produced a utility knife from the inside of his jacket sleeve. He held the knife towards her and demanded money. The woman ran away and the suspect went after her, attempting to spray her with bear spray. The woman flagged down a passing motorist who called police.

Police have arrested Dylan Scott Sinclair, a 23-year-old man from Winnipeg and he has been charged with: