WPS Half-Marathon Biggest and Best Yet 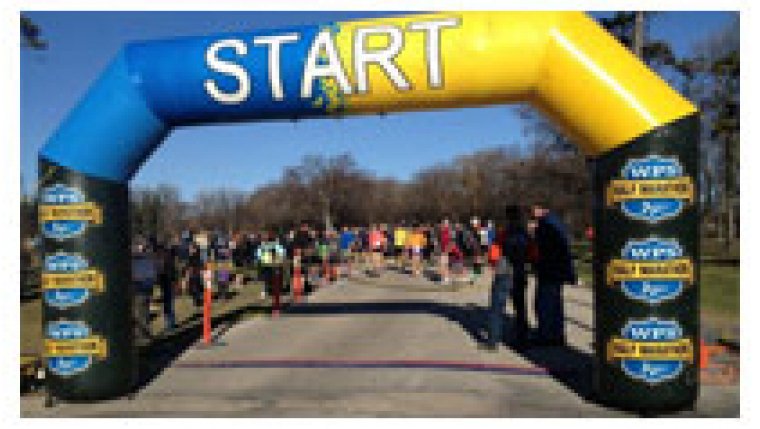 WINNIPEG - The Winnipeg Police Service is celebrating the 15th anniversary of its half marathon and hopes to make it the biggest and best yet.

This year's race is set to break the $2 million fundraising mark; the message from all leaders was simple: by working together, life can be BIGGER than cancer.

Registration for the 15th-anniversary race kicks off today at Université de Saint-Boniface where Dr. Ron Geyer will explain how his team is on the verge of something ground-breaking in the fight against glioblastoma, one of the toughest and deadliest forms of brain cancer. This same cancer that took the lives of Tragically Hip frontman Gord Downie and long-time WPS runner, Joanne Schiewe, just a few years ago.

“It is the most common form of brain cancer and it’s got a dismal 5-year cure rate of less than 10% and so we know the urgency of making progress,’’ Dr. Geyer said. “It’s because of organizations like the Canadian Cancer Society and events like the WPS Half Marathon that my team has been able to focus our efforts in the lab. Dr. Geyer`s team is one of several cancer research projects funded in part by the WPS Half Marathon.

In its first 10 years, the half marathon raised its first $1 million in support of research and programs that support Manitoba cancer patients. Four years ago, the race organizers focused fundraising efforts on one of the toughest forms of cancer – brain cancer. Every year about 3,000 Canadians are diagnosed with brain cancer and 2,400 people in the country die from it. It is the most common form of cancer death among young children.

A partnership between the Canadian Cancer Society and Brain Canada, a public-private partnership established by the Government of Canada, means that a pledge made to a WPS Half Marathon runner would be matched dollar-for-dollar by Brain Canada.

Four years later, the half marathon is just $163,000 away from raising it's second million dollars.

“What a legacy of giving by the Manitoba running community,” said Dan Holinda, Prairie Regional Executive Director of the Canadian Cancer Society. “On behalf of the 30,000 Manitoba families living with cancer right now, I want to thank the Winnipeg Police Service, Race Director Nick Paulet and his amazing Cops for Cancer Race Committee for their unwavering support of cancer patients and the Canadian Cancer Society.

The race will again start and finish inside Assiniboine Park, near the baseball diamonds. There will be starts for the half marathon and 2-person relay and a separate start for the 5K. The event is open to runners and walkers of all skill levels. The course will remain open for 4 hours to allow runners, wheelchair athletes and walkers to participate.

More information about the cancer society is available at cancer.ca.