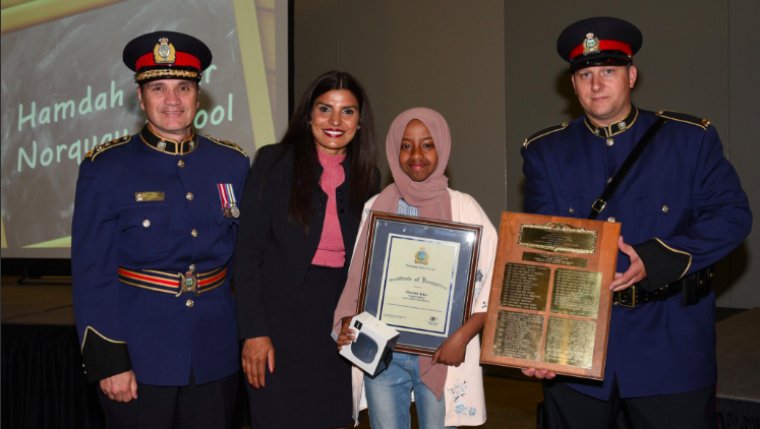 WINNIPEG - Winnipeg Police recognized the wonderful work all school patrols do in our city at the 44th Annual School Safety Patrol Awards ceremony.

Since 1936, Winnipeg Police have been involved in the School Safety Patrol Program. Winnipeg is proud to have had the first fully organized and officially recognized school patrol program in Canada.

Every year the patrols are judged on their ability, professionalism and technique while on patrol by the School Education Section of the Winnipeg Police.

In 2018, there were approximately 3,500 patrols ensuring our children arrive safely to their schools everyday in our city.

The Most Improved School Patrol Team is:

Louise Staples, a teacher at Greenway School, was instrumental in starting up the patrol program in Winnipeg. Every year the most efficient Patrol Captain receives an award in honour of Louise Staples.