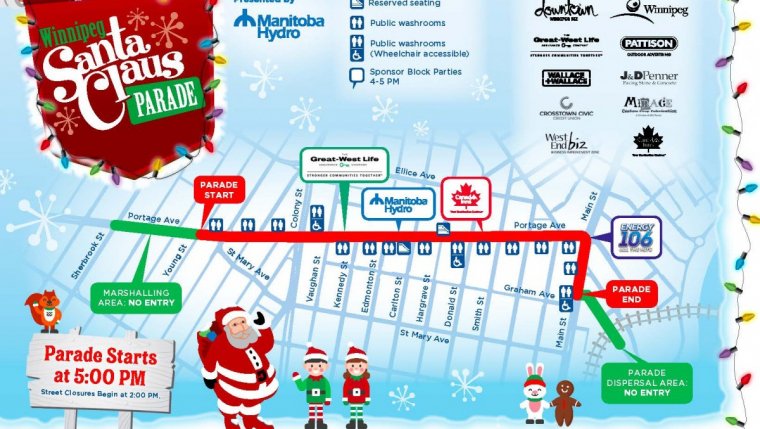 WINNIPEG — The board of Winnipeg’s Santa Claus Parade suggests there will be no clatter of reindeer hooves on downtown streets this year unless funding can be found in time to save the more than century old event.

The board’s directors say in a statement released Monday that they need about $68,000 by Oct. 5 in order to move forward with the Nov. 17 parade.

The statement says the old Santa Claus float was deemed unsafe after more than 65 years in operation, and plans for a replacement were put into action after securing a new sponsorship.

That sponsorship was confirmed last year and work began on the float.

It’s on schedule for completion in time for this year’s parade but the board says the sponsor withdrew last April, leaving a funding gap.

The parade was first launched in 1909.

"We are so passionate about this storied and historic Winnipeg event and we sincerely hope we see this tradition continue,” said board chair Rennie Zegalski.

"Sadly, as time is ticking, without the necessary funding, the parade simply will not be able to operate." (CTV Winnipeg)