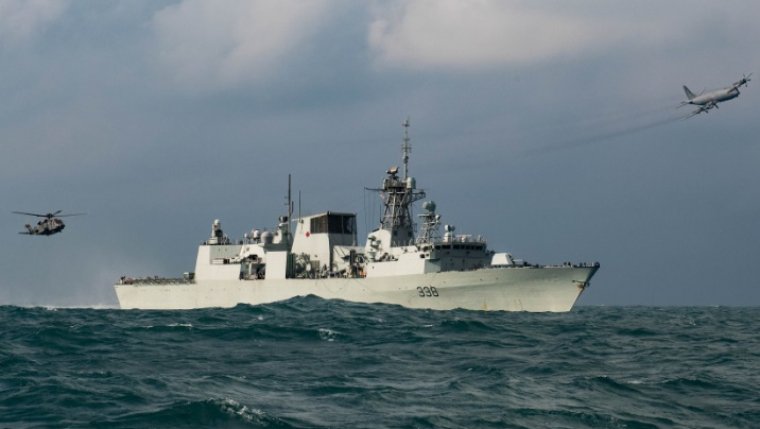 WINNIPEG - A navy ship’s officer from Winnipeg is missing off the coast of California this morning after reportedly falling overboard. Master Sailor Duane Earle, from Winnipeg, Manitoba, is thought to have fallen off the HMCS Winnipeg early in the morning while it was nearly 1,000 kms west of San Francisco. The vessel was on its way back to its Canadian Forces Base Esquimalt on Vancouver Island following deployment in the Asia-Pacific region.

Nobody on the ship had seemed to noticed Earle was missing until later in the day, and the ship turned back to retrace its previous route and deployed its Cyclone helicopter to aid the ongoing search. The United States Coast Guard and Canadian Air Force are also helping with the search and rescue operation.

"Our thoughts are with the family, friends and loved ones of our missing shipmate, Master Sailor Duane Earl," Canadian Navy Vice-Admiral Art McDonald says, "With this happening so close to the end of this deployment and with the Holiday Season looming, it’s simply devastating and is felt across our extended naval family.”

Winnipeggers thoughts and prayers are with @HMCSWinnipeg and the family and friends of Master Sailor Duane Earle. @RoyalCanNavy

The Canadian Armed Forces is conducting an investigation into how the crew member went missing. The HMCS Winnipeg had been in the Asia-Pacific region since September with 230 officers and sailors on board.