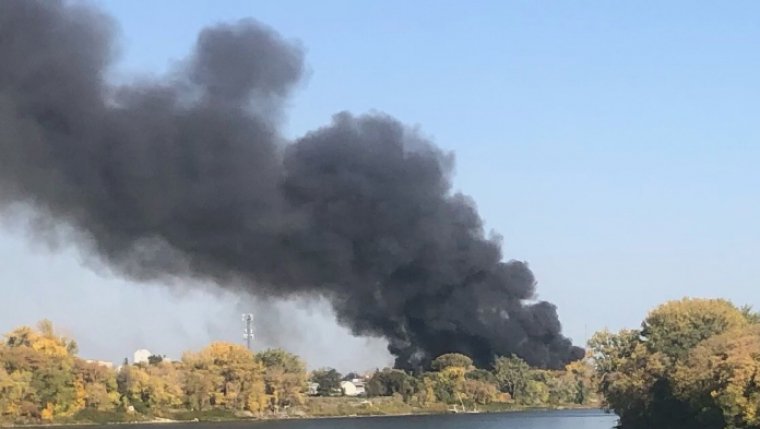 WINNIPEG - The Winnipeg Police Service says they’ve arrested a 21-year-old Winnipeg woman after a massive fire at a Point Douglas warehouse sent a firefighter to hospital.

The Winnipeg Fire Paramedic Service dispatched around 100 firefighters and 33 different emergency vehicles to fight the blaze at an industrial building near the corner of Point Douglas Ave. and Higgins Ave just after 11 on Tuesday morning. Crews worked all through the night, and the WFPS initially said it could have taken days to fully put the fire out.

The Winnipeg Police Service says the empty warehouse, part of a long-time industrial complex owned by soap manufacturer Gateway Industries, was set deliberately. The WFPS says they had to battle the blaze from outside the building after the roof collapsed, and they believe the building is now a total loss. Ten homes had to be evacuated as a precaution.

Investigators say they arrested a suspect in the Elmwood area, just across the Red River from the warehouse, and she's facing charges of arson causing damage to property and two counts of mischief under $5,000.

Crews finally extinguished the fire Wednesday morning, but are expected to stick around for most of the day to put out hot spots.