Winnipeg Looking for its Next Kid Mayor 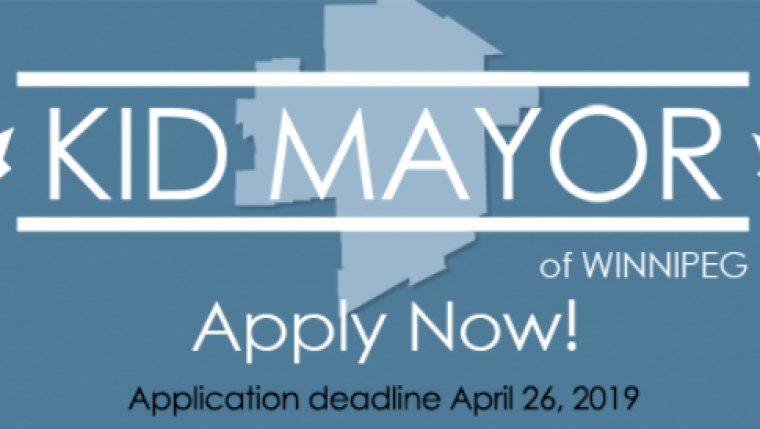 Do you think you've got what it takes to be mayor? If you're between the ages of eight and twelve and are living in Winnipeg, Mayor Brian Bowman is inviting you to apply.

“This is an initiative introduced last year to help nurture a greater appreciation for and understanding of municipal government,” said Mayor Brian Bowman. “I hope that again this year kids from across Winnipeg can find time to apply. Being Mayor is an incredible responsibility and it carries with it very high expectations, and this initiative helps underscore the importance of the Office of Mayor for both kids and parents in a way that’s not only fun but also educational.”

Applicants seeking to become Winnipeg’s next Kid Mayor need to explain what they think Mayors do, and what they would do to make Winnipeg an even better place to live and why. Submissions need to be under 250 words, can be made into a video if applicants have the means to do so, and can be submitted either online or by mail.

Entries will be reviewed by an external panel of judges, and one lucky submission will be selected to become Winnipeg’s Kid Mayor for 2019.

Applicants are required to have permission from a parent or legal guardian to apply. Entries will be received until Friday April 26, 2019, and can be submitted online at: www.mayorbowman.ca/applications.

As Kid Mayor, the winner will be provided an opportunity to join Mayor Brian Bowman for a day of being Mayor. They will have an opportunity to pitch City Councillors on their idea to make Winnipeg an even better place to live, cut a ribbon or two, and even host their own press conference.

Last year, over 250 applications were submitted from which Nazar Viznytsya was selected as Winnipeg’s first Kid Mayor.

In addition to appointing Kid Mayor of Winnipeg, Mayor Bowman also identified Gabi Wagner as Deputy Kid Mayor in recognition of her very strong, runner-up ranking by the judges.

Kid Mayor is one of several initiatives undertaken by Mayor Bowman to engage Winnipeg’s youth in civic government while also building pride in our city.

The Mayor also announced today that the Mayor’s Scholarship for Community Leadership, which has been recognizing and rewarding the efforts of high school students who are helping make Winnipeg a stronger community since it was established in 2016, is open for applications. The Mayor is also committed to establishing later this year a new Youth Advisory Council to act as an advisory body and resource to the Mayor to ensure the voice of Winnipeg’s youth gets heard at City Hall.

Students interested in applying for the scholarship or want additional details can visit: www.mayorbowman.ca.

“There are so many young people in our community committed to making Winnipeg a place we are all proud to call home,” said Mayor Bowman. “It’s important to allow their voices to be heard at City Hall, and these initiatives help give them different opportunities to be heard and to have input on how their city grows.”