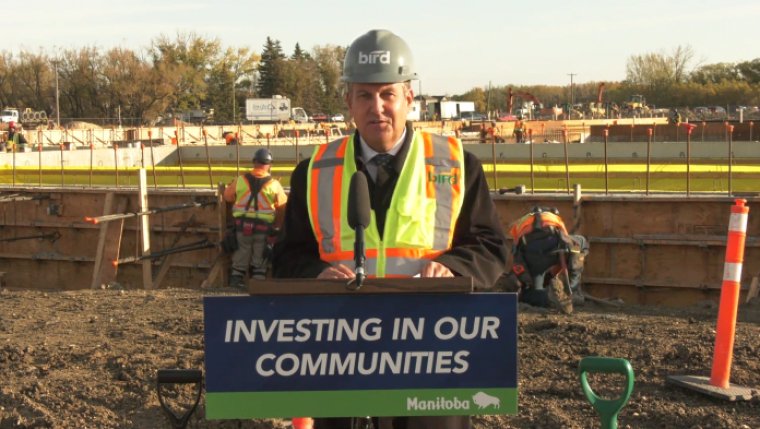 WINNIPEG - The Manitoba government says the construction of two new schools will serve a swelling student population in southwest Winnipeg.

In a ground-breaking ceremony this morning, Education Minister Cliff Cullen says the elementary and high schools will provide the growing Bison Run neighbourhood in Waverley West with safe spaces to learn close to home. Construction of the elementary school began in August, while construction of the high school will begin later this month. The Pembina Trails School Division says it’s working with the province on the 21-acre campus, with an initial investment from the government of $67.8 million.

“Excitement and anticipation for the two new schools in Bison Run has been building for some time,” Pembina Trails board chair Kathleen McMillan says. “This official sod-turning event is a true celebration for us.” The elementary school will begin with capacity for 800 students, Cullen noted, while the high school will have a capacity of 1,200. Both schools will feature modern LEED-certified construction methods for energy efficiency and health considerations.