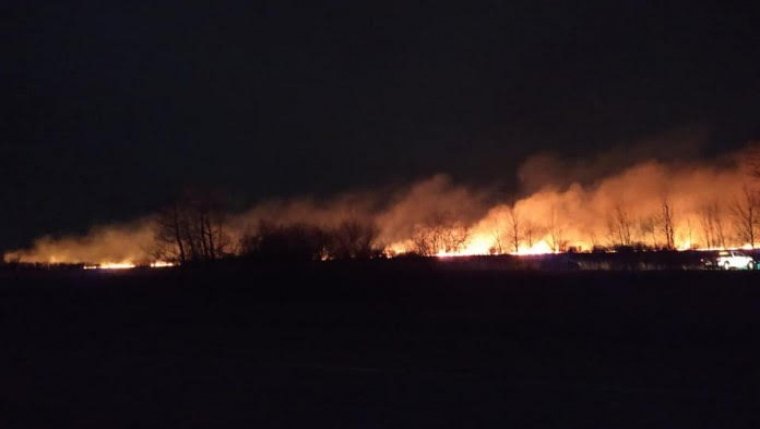 WINNIPEG - The Winnipeg Fire Paramedic Service says hot and dry conditions have prompted the City of Winnipeg to issue a fire ban until at least July 28.

As a result of the ban, all fire permits have been revoked, and nobody is permitted to have an open fire or use a fire pit or fireworks. Use of appliances that burn solid fuel such as charcoal or wood is also banned, but the city says using propane or gas barbecues is allowed.

The WFPS says dry and windy weather can make any outdoor fires very dangerous, as they can spread quickly. Violators may face a $500 fine. The use of campfires, fireworks, and sky lanterns is already banned in all provincial parks, as travel and fire restrictions have been implemented elsewhere across Manitoba, and several Manitoba communities have also implemented water restrictions.

The province is reporting high or extreme fire danger levels in much of Manitoba, where campfires aren’t permitted and back country travel without a permit and camping in undeveloped campgrounds is prohibited. Cottage access is restricted to designated roads, and travelling to remote cabins will require a permit.

A map of provincial fire restrictions is available on the province’s website.

Environment Canada reinstated heat warnings for all of southern Manitoba on Wednesday evening, including Winnipeg, as temperatures across the province are expected to stay in the 30s with little to no rainfall in the forecast. Daytime highs will climb to 35 C by Friday, and overnight temperatures will warm to around 20 C.

Multiple communities have declared states of agricultural disaster as a result of extreme drought conditions and grasshopper infestation.