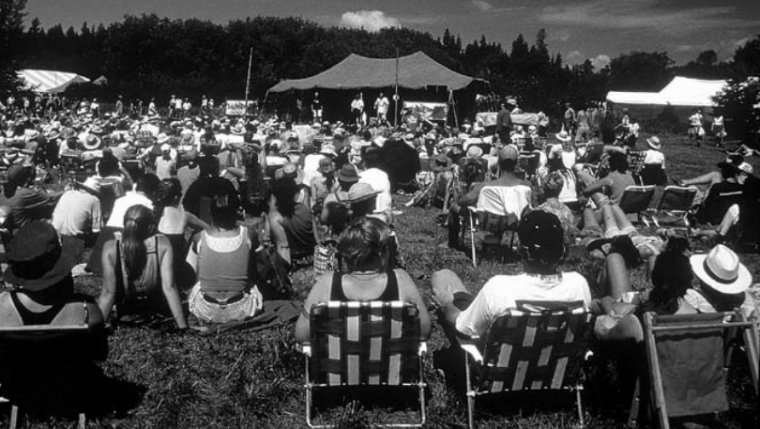 WINNIPEG - Manitoba music lovers are expressing their excitement after an announcement by the group behind one of the province's biggest tourism events that they’re preparing for a comeback after a two-year pandemic pause.

Winnipeg Folk Festival organizers say a lack of certainty around the COVID-19 pandemic this year caused them to scrap festival plans in July, as well as a smaller event they’d scheduled for mid-August.

But they say next year’s annual celebration of Canadian culture, set for July 7-10, 2022, will be “beautiful” when it returns to its longstanding home in Birds Hill Provincial Park. Folk Fest says it’s planning to keep the venue safe and clean, give participants as much space as possible, and offer cashless payment to minimize risk.

The Folk Festival hosted its first in-person show since the beginning of the COVID-19 pandemic yesterday, as So Long, Bannatyne headlined a celebration of Manitoba music at the Burton Cummings Theatre.

The first Winnipeg Folk Festival was held in 1974 as a one-time celebration marking the city’s 100th anniversary. The free event attracted an audience of around 22,000 people over the span of three days. In the years before the pandemic, it had been attracting over 45,000 people every July, contributing over $16 million to the provincial economy.

Tickets for Folk Fest 2022 will go on sale Monday, December 6.