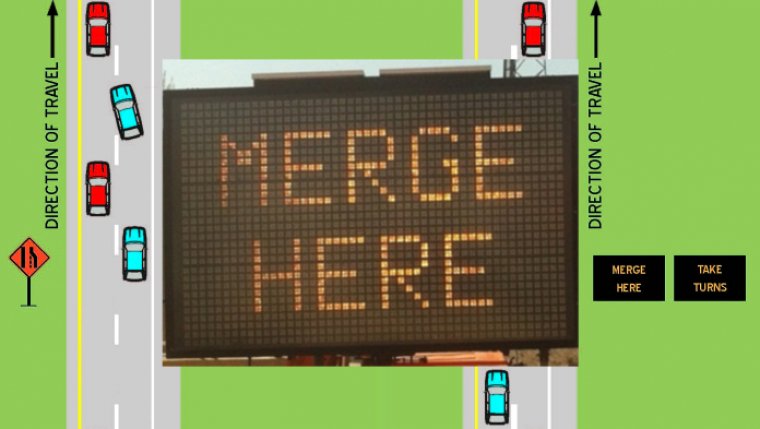 WINNIPEG - A couple of city councillors are trying to persuade Winnipeg’s Public Works department to put up signs telling motorists that they should zipper merge.

St. James councillor Scott Gillingham says signs asking drivers to use the merge method should be a permanent part of the city’s road construction plan for summer 2022. Public Works Committee chair and St. Boniface councillor Matt Allard agrees, although the change may need provincial approval. Allard, a long-time advocate for the technique, says if the province doesn’t manage to approve the proposal on time, he’d like to see zipper merge signs tested as a pilot project instead.

To perform a zipper merge when approaching a lane closure, every second motorist takes the open lane, giving those in the closed lane room to manoeuvre into that lane like zipper teeth. Those who support the method say it helps prevent lineups and frustration. Winnipeg gave zipper merging a try a number of years ago, but that pilot project saw few motorists follow the instructions properly.

The motion now has to pass through the city’s infrastructure committee, executive policy committee, and finally the full City Council as a whole, over the next couple of months.