What's Next For The Bay? 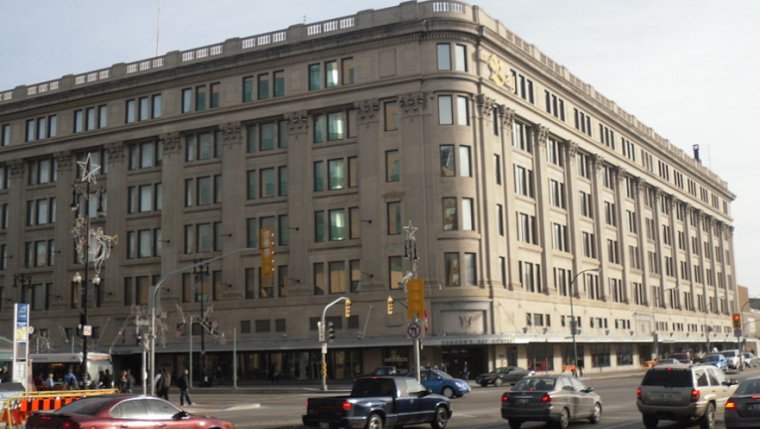 WINNIPEG - With HBC announcing it’s closing its downtown Winnipeg location, much of Canada is reflecting on its history - and envisioning its future. A spokesperson for the Hudson’s Bay Company says it will close the 94-year-old iconic department store for good in February of next year. The decision to shutter the doors had been expected for years, with evolving consumer habits and technology nudging brick and mortar toward disuse. But HBC’s is one of the largest in a growing list of retail locations, restaurants, and other businesses in Winnipeg cut down during the COVID-19 pandemic, which retail experts speculate has pushed many already-struggling businesses over the edge.

Hudson’s Bay says Winnipeg remains a valuable market for the company, and we’ll still be able to shop at their Polo Park and St. Vital stores. The spokesperson notes they’re working to partner with municipal and business leaders to repurpose the 600,000 square foot building.

The location has faced financial challenges for over a decade. Over the years many departments were either shuttered or condensed, until four entire floors of the building’s six were left unoccupied. The Paddlewheel Restaurant, at the top floor, closed in January 2013. In 2010 its basement had been converted into a Zellers store, a discount department retailer, which HBC had owned since 1978 - but the brand was plagued by fierce competition, and was liquidated and closed across Canada by March 2013.

Despite its beauty, the Bay has already had challenges finding tenants to fill the empty aisles of its four abandoned levels. An appraisal in November of last year considered the building to be worth $0.00 considering the cost of renovation - but demolition is not an option right now. City Council had voted to give the building historical status just eight months prior to that assessment - and just 11 months and 20 days before Manitoba reported its first case of COVID-19. That protection constrains any future tenant to preserve its historic and cultural characteristics.

HBC came to Canada 350 years ago, then called “Adventurers of England Trading into Hudson's Bay,” and while its downtown Winnipeg store was built in 1926, the company set up its first sales shop here in 1881, nearly 140 years ago, at the corner of Main Street and York Avenue. Technically a British company for 300 years, Winnipeg hosted their first Canadian headquarters for four years before they moved to Toronto in 1974, and Brampton, Ontario in 1998.

Here's a cool video of The Bay's opening day at Portage and Memorial in 1926...