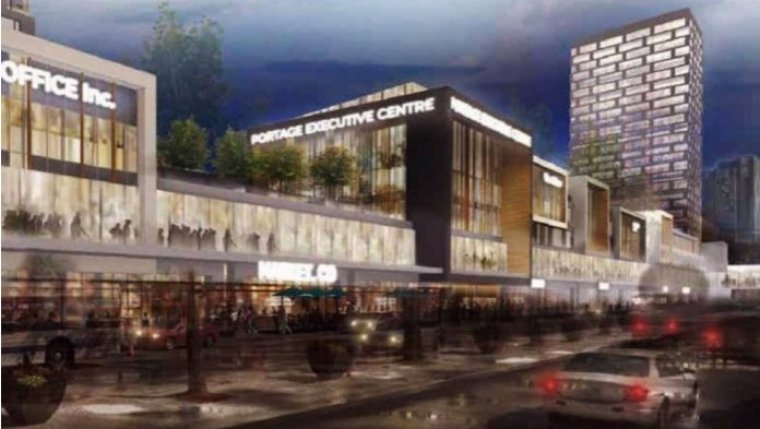 WINNIPEG - A Winnipeg MP is explaining why the federal government hasn’t yet responded to a request to help fund a $400 million redevelopment project for a downtown Winnipeg mall, calling the developer’s 5 pm on March 1 deadline arbitrary. Liberal minister for northern affairs Dan Vandal says Toronto-based Starlight Investments originally asked for $20 million in funding from the feds, but two weeks ago jacked up the amount they were asking for to redevelop the Portage Place site.

Vandal says Starlight changed their request to a $50 million grant, and a $240 million loan. He says the change took the cabinet by surprise, and the government is analyzing the new offer, which throws a monkey wrench into negotiations. Starlight originally gave a deadline for August to hear back from the feds, and says it had already extended it to March.

The developer had planned to build two affordable housing towers with over 500 suites, 10,000 sq. ft. of pedestrian and community space, a grocery store, and 500,000 sq. ft. of other retail and office space over five years. The City of Winnipeg approved a $20 million investment, while the government of Manitoba committed another $28.7 million.

Portage Place was built in 1984 as part of a larger scheme to revitalize downtown. City officials are now calling for more investment to revitalize the area.