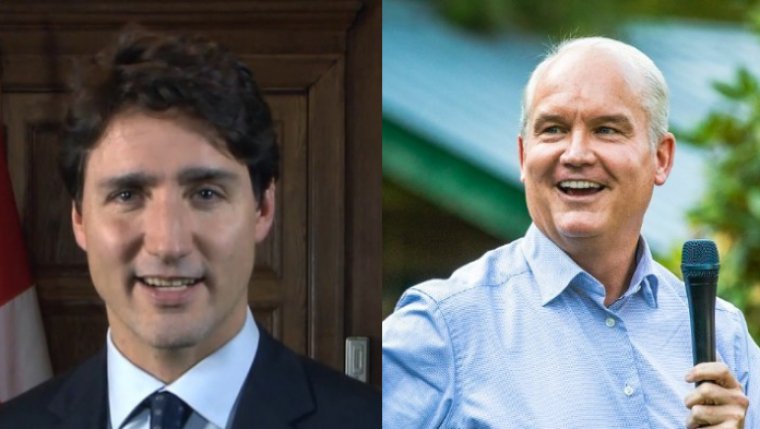 The prime minister is announcing a plan “to support a safe return to work and school,” and shared details at a Crestview Food Fare on Friday, with around 50 people in attendance. Trudeau says he’ll give ten days of paid sick leave to all federally-regulated employees, 6 per cent of Canada’s workforce, within his first 100 days after being re-elected. The plan would amend Canada’s labour laws, allowing employees to go on sick days incrementally whenever they decide they need to.

Trudeau also says a re-elected Liberal government would top up the Safe Return to Class Fund with an added $100 million to upgrade ventilation systems. It would also help small businesses that want to improve ventilation, offering a 25 per cent tax credit that would be 50 per cent refundable.

Not long after Trudeau’s announcement, O’Toole released his “Canada Job Surge Plan” at Bison Transport in Winnipeg. The plan is a major aspect of the party’s platform, intended to boost post-pandemic recovery by rewarding businesses for making new hires, simplifying hiring regulations, and making adjustments to tax rules to add further incentives for employment. The federal Conservative Party is promising six months of subsidies of at least 25 per cent for new hires across the country. O'Toole is promising even more subsidies to businesses that hire people who had been without a job for longer periods of time.

Canadians will go to the polls in a snap federal election on September 20.