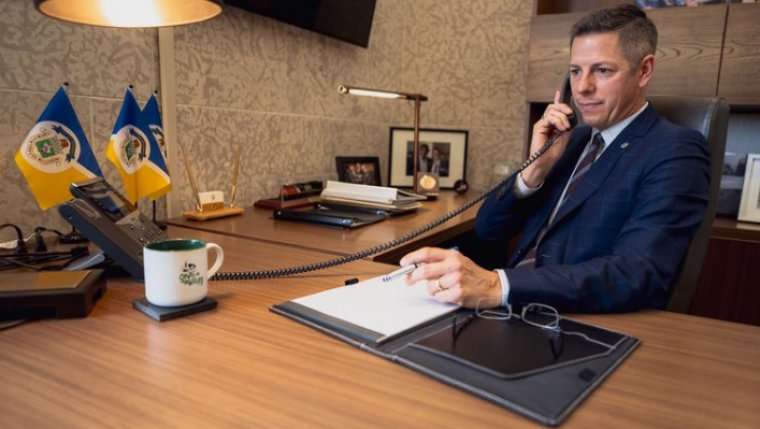 WINNIPEG - Mayor Brian Bowman is thanking the Prime Minister for reaching out to discuss the fight against COVID-19. Mayor Bowman and Prime Minister Trudeau spoke by phone about the rising number of positive tests in Winnipeg, with the Prime Minister reportedly reaffirming his commitment to aid municipal and provincial governments in responding to both the health crisis and its economic fallout.

The Prime Minister’s office says Trudeau and Bowman talked about intergovernmental partnerships, including collaboration around public transit, sewage treatment infrastructure, addictions and mental health supports, and measures in response to the COVID-19 pandemic such as boosting testing capacity.

This conversation was held as Winnipeg continues a surge in COVID-19 cases. Manitoba had its third record-breaking day of new cases in under a week, with 124 on Tuesday, the first time the province has seen a triple-digit count. Most of those new cases - 95 of them - are in Winnipeg, bringing the total number of active cases in the city to 1,059. Two weeks ago, the Winnipeg health region went into a restricted level on the pandemic response system.