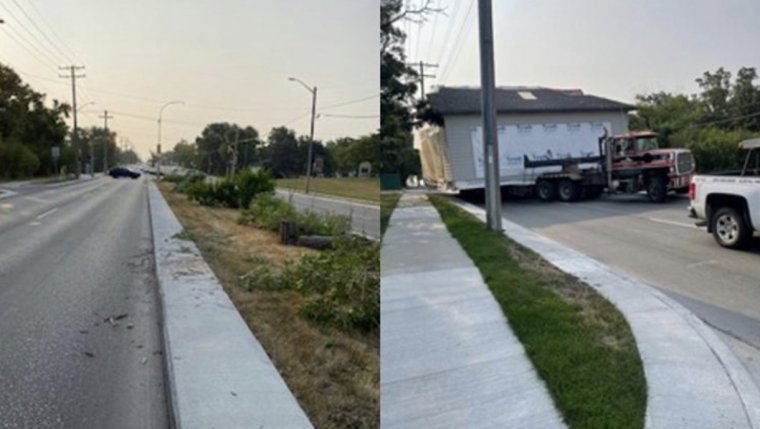 WINNIPEG - A man involved in moving a house in Charleswood has been charged with mischief after mature trees were cut on the weekend so the home could travel along Roblin Boulevard.

Winnipeg police say a load permit was issued but the accessibility of the route wasn't confirmed as the permit requires.

He says cutting and even trimming city trees is destruction of public property and he's already working at getting the trees replaced.

The house eventually made its way out of Winnipeg.