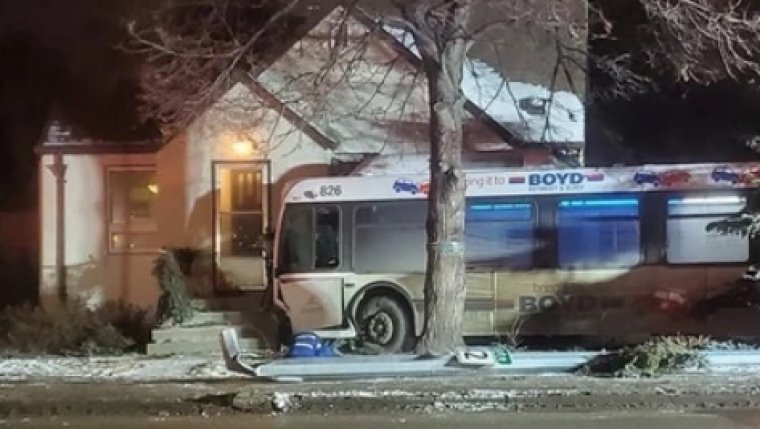 WINNIPEG - Eight people, including a child, were taken to hospital last night after a Winnipeg Transit bus slammed into a house on Henderson Highway.

It happened just after five o'clock near Kimberly Avenue.

The bus was travelling south when it apparently hit a vehicle, a light standard and then the home.

The current condition of the injured isn't known but at the time of the crash, one of the eight was described as unstable.

There's been some speculation that the bus driver experienced some kind of medical issue just prior to the mishap but that hasn't been confirmed and an investigation is underway.