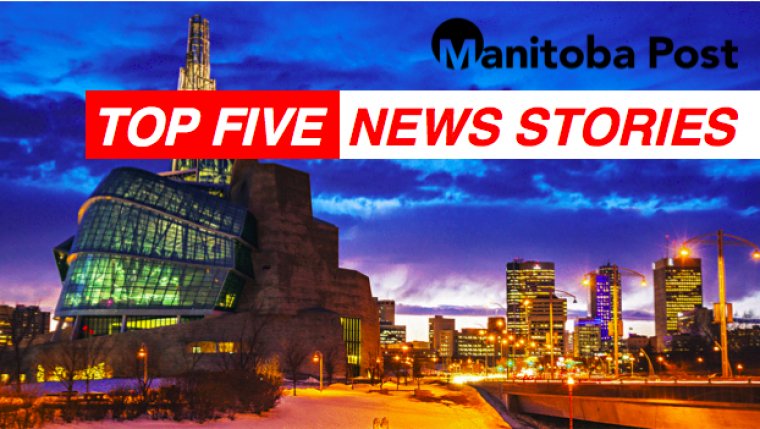 Listen to The Top 5 Trending News Stories in Winnipeg over the last 24 hours.

The RCMP said a 58-year-old man, from Winnipeg, was working on equipment on top of a large chemical storage tank when he fell to the ground. He was pronounced dead at the scene.

Police said Echo Brooke Tacan, 17-years-old, has been missing since April 26th of this year and was last seen wearing pink shorts and a white T-shirt. Someone reached out to Manitoba Post on Twitter and provide us with an updated photo of the young lady.

A woman told police she was approached by two men. One man, armed with a handgun, demanded that she get out the vehicle. She complied and the man got into the driver's side of the vehicle while the second man enter the passenger side. The men are described as Indigenous males, 20 - 25 years of age. One has a thin build with long dark hair, and the second has an average build with short dark hair.

ARREST MADE IN GROPING OF WOMEN

Police have confirmed they have made an arrest in connection with the groping incidents that occurred in downtown Winnipeg. In a release police said, a 15-year-old male has been arrested for Sexual Assault X2.

A 56-year old man and 45-year-old woman both from Winnipeg were arrested after a year long investigation. Police learned the man had stolen over $30,000 in tools. Then he and the woman would pawn the items throughout the city.

For the first time EVER in NHL history It will be Washington and Las Vegas in the Stanley Cup Final.

A LOOK AT WEATHER

A special weather statement is in effect for heat and severe thunderstorms later in the day. It will certainly be a hot one, high reaching 30 once again. Tomorrow, sunny for the most part and highs of 29.