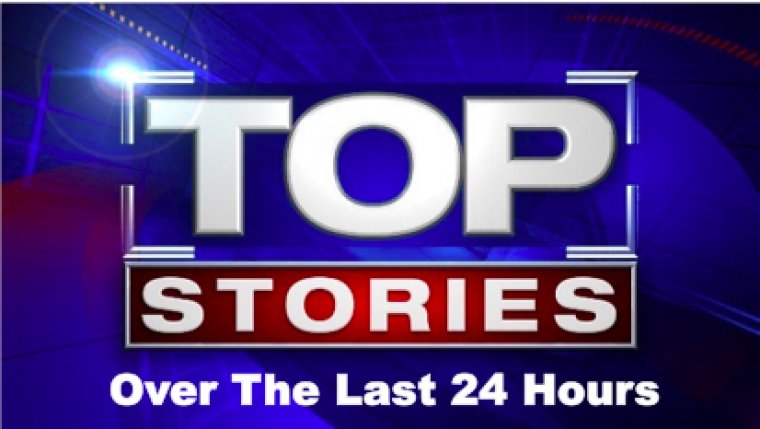 Jonathan Marchessault scored twice as Vegas beat the Jets 3−1 in Winnipeg to send the best−of−seven Western Conference final to Sin City tied at a game apiece. Games 3 and 4 go Wednesday and Friday in Vegas. Game 5 will be back in Winnipeg on Sunday afternoon. Winnipeg has now lost three of its past four at Bell MTS Place in these playoffs after compiling the best home record in the NHL during the regular−season at 32−7−2.

Officials say unseasonable heat and the potential for rain over the next seven to 10 days could force thousands of people in British Columbia’s Interior to evacuate their homes as rivers and lakes continue to swell and burst from the melting snowpack. David Campbell, head of the B.C. River Forecast Centre, said many areas have seen temperatures six degrees above average for the past three weeks, which has accelerated the melt for the lowest lying snowpacks in the Interior but will shift to mid and upper elevations.

Police said the incidents involve the purchase of tickets online from popular buy & sell sites that are later discovered to be undelivered or not valid.

The Supreme Court of Canada is to hear an appeal today by a couple convicted after they used homemade remedies instead of seeking medical attention for their son who died of bacterial meningitis. David and Collet Stephan were found guilty in 2016 of failing to provide the necessaries of life to 19−month−old Ezekiel in 2012.