Tina Fontaine Asked for Help Before She Died 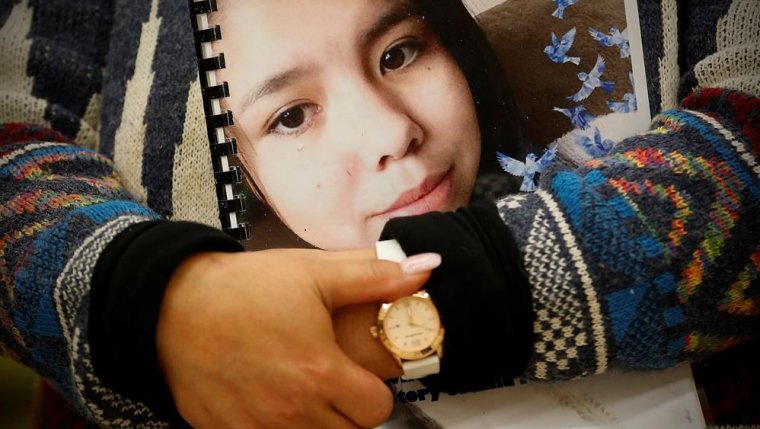 SAGKEENG FIRST NATION, Man. — An Indigenous teenager in Manitoba reached out for help multiple times in the weeks before she was found dead in a river but was told there were no beds available, says a report into her death.

Tina’s death in August 2014 renewed calls for a national inquiry into missing and murdered Indigenous women and inspired volunteer groups such as the Bear Clan Patrol to protect the vulnerable on the streets. A 24−hour safe space for Winnipeg youth was dedicated to her memory last May.

There were multiple signs the girl was spiralling downward and in danger of dying, but nothing was ever done, said Penrose.

"They are going to die in this way if we don’t get resources for them to access."

The advocate’s investigation, which began last March, looked at records from the medical examiner, police, health authorities, child−welfare agencies and others. It also included interviews with Tina’s family and other community members.

A representative for the teenager’s family said Tina can finally rest in peace.

The report details how Fontaine’s family was affected by a history of residential schools, the ’60s Scoop and child−welfare agencies.

"She carried a burden that was not her own," Penrose said.

Tina’s mother was 17 years old and was still a child in care when Tina was born on New Year’s Day in 1999. Both her parents struggled with addictions.

Five years later, her father asked Tina’s great−aunt Thelma Favel to take care of her and her sibling on the reserve northwest of Winnipeg. It was a relatively stable time in the young girl’s life.

That changed when Tina’s father was murdered in 2011. Tina’s caregiver tried to get help for the young girl from victim services. But because of questions about who was the teen’s legal guardian, she never received counselling.

In June 2014, Tina left to try to reconnect with her mother in Winnipeg. When Favel didn’t hear from the girl, she called Child and Family Services for help.

The report outlines how Tina’s high−risk behaviour rapidly escalated in her final two months. She disappeared, was homeless, developed addictions and was sexually exploited.

But she also reached out several times for help.

On one occasion Tina called Child and Family Services but no one arranged to pick her up. Workers told the teen to ride her bicycle to a shelter.

There’s no evidence she arrived.

"For Tina, more than once in a matter of weeks she was told there were no beds available for her, which essentially left her homeless and responsible to find her own place to stay," the report says.

With no where to go, youth may be forced into sexual exploitation to have their basic needs met, it says.

"Sadly enough for children, when they are on the streets nothing comes free," Penrose said.

The report says Tina disclosed to her child−welfare agency that she was hanging out with a 62−year−old, meth−using man. Court heard during the second−degree murder trial of Raymond Cormier — who was acquitted last year in Tina’s death —− how the young girl was associating with the older man and he admitted he was sexually attracted to her.

Social workers believed Tina had been sexually assaulted, but the agency still dropped the teenager off with a contracted care worker at a downtown hotel. Tina walked away from the hotel shortly after.

Just days later her 72−pound body, wrapped in a duvet cover and weighed down by rocks, was pulled from the Red River.

Penrose’s report makes five recommendations. They include a plan to address children’s mental health and a new response for at−risk and sexually exploited youth.

Penrose said the government needs to act quickly because children and youth are still facing the same risks and getting the same responses.

"We have to also acknowledge the many other ... children and youth who are falling through the cracks of society’s safety net just like Tina."