Time To Clean Up The Swamp At City Hall 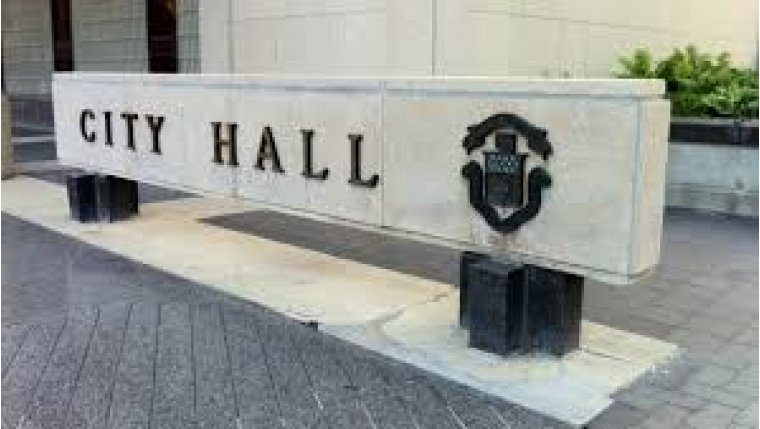 It is time for city councillors to step up to the plate and change the corporate culture that is killing our city. Every time I speak with an individual, a business or an organization about their dealings with the city, I hear very concerning stories of obstruction, intimidation, even coercion. Why aren’t there stories about these problems in the popular media? Because the offending bureaucrats outright threaten individuals by saying, “If you go to the media, you’ll never get your permit (or whatever).”

Some of the actions taken by these bullying bureaucrats have huge and costly implications; others are small and petty, but no less damaging. Some of the decisions are so unreasonable that they appear personal, seemingly designed to seek out revenge or to impose personal vendettas. They are often arbitrary. Over regulation and over charging Regulations and legislation are misinterpreted to the detriment of the citizen. The application of these unchallenged misinterpretations has established precedent that has now become unquestioned “law”.

There are many examples of costly overregulation. In Winnipeg, a developer must submit future development plans (called precinct plans) for vetting by the system. While there was, no doubt, a valid reason for this at one time, the practice has become a deterrent to development for several reasons. One issue is unreasonable delay. Another reason is the city’s practice of immediately assessing the property under the proposed plan as if the development had already been completed. In other words, if there are 10 acres of former farmland valued at $3,000 an acre and the development would increase that value to $10,000 an acre, the would-be developer is required to begin paying taxes at the higher rate that would be assessed once the development was complete, even if development won’t take place for years.

How to cripple a project

Local developers know this, so their strategy is never to reveal their plans until the last minute. The precinct plan fees, the say, would cripple any project. As a result, they also release their plans on a piecemeal basis, meaning that adjacent development can be conflicting and even costly due to lack of comprehensive planning for infrastructure, etc.

Development fees are applied more than once: The city charges a fee to vet the plans. Each plan is assigned a city planner, who may make small or significant changes to the plan. That City Planner may have been changed by the time a plan is adjusted and brought back again for review. The new City planner may have a different perspective and so sends the plan back again. Each time a fee is assessed. A decade ago, the fee was $2,500 for each change. Today it is $65,000! How can such a usurious increase even be legal?

Why development fees are so resented

These fees can add up to hundreds of thousands of dollars. This is in addition to the “impact” fees of $59.48 a square metre for new housing developments! All these assessments come with add-ons for “director” reviews, administration fees for refunds, appeals, and so on and so on. No wonder the Homebuilders are livid. The schedule for these Planning, Development and Building Frees and Charge runs to almost 40 pages. Have a look for yourself here.

We keep hearing that nobody wants to establish a new business in the city and if they do, they often soon regret it. Another example of unreasonable demand and delay is in the area of occupancy fees; my own company spent a year obtaining one of these, even with the help of a former councillor who know the ropes. Imagine then how long it may take the Main Street Project, which is ready to move the homeless into the refurbished Michel Fabrics building at Main and Logan. All that is holding up their move is the occupancy permit! Meanwhile dozens of unfortunate people huddle together in an old pickle factory!

But development is not the only place where we see mismanagement, an insular and insolent culture and a blind eye toward the real needs of citizens.

The mess in the police force

Let’s look at the police department, an area I have written about in the past due to costs that hover around one-quarter of the entire city budget–indeed, in 2018, the police budget took up 27 percent of the total operating budget. According to a 2016 CBC report, the city police budge ballooned by over 60 per cent over the previous 15 years. Don’t blame the Police Board. Their share of budget oversight represents only15 per cent of the total, most of which is clawed back by the city for “rent”. The rest of the expense, 85 per cent, is tied up in “statutory” costs for union agreements covering salaries and benefits. These are so extensive that the police services agreement, now in effect and extending to the end of 2021, is over 217 pages long, and this is in addition to a second agreement covering the salaries of the Officers Association.

Who is responsible? Who negotiates those agreements? Not the elected officials, although the mayor signs the agreement and lip service is paid by the councillors to the content. The City Clerk has his John Henry on the document, as do the Chief of Corporate Services, the Manager of Labour Relations and the City Solicitor. Councillors may get to vote, but I have to believe that they don’t know the details of what they are voting for, or they just plain don’t know how to deal with they cards they are being dealt.

Meanwhile, at the actual policing level, there is stress and overwork, say officers, who feel that the deployment of human resources is out of whack with reality. They say there are too few officers available at any given time to do the job, given new regionalized deployment rules. The most they can do is put crimes on a priority list, trying to attend to those that are life threatening first and getting to other crimes “whenever”.It is not a lack of money in the system, they say. It’s how it is being spent.

Then there is the police headquarters, tens of millions of dollars over budget and still not entirely functional –and the City continued to pay the contractor despite the fact that more than 40 deficiencies were discovered at move-in, including faulty ventilation and leaky pipes!

Winnipeggers have become inured to the site of decaying streets and structures. One need only look at the boulevards with their crumbled curbs, their weedy greens, the trampled and muddy surfaces that were once grass. Let’s not even talk about the trees that are under duress from all sorts of influences. Last summer on a warm day driving downtown, I was astounded to see furrowed paving which was heaving in the sunlight. What kind of shoddy materials are going into the supposed street repair and maintenance we have been hearing abut?

During the recent debate about opening up Portage and Main, nobody at the City confessed to the fact that the underground walkway is a complete structural disaster. The odour of sewer gas pervades the concourse. Water leaks into some of the rental spaces. The stair wells for the walkways themselves are dirty, stinky and crumbling. Instead of revealing how this will have to be dealt with in the very near future, specious numbers about the high cost of barrier removal was floated to support what appeared to be an interest in defying the important removal of this symbol of a city in decline. I could go on, and I will, but in future issues.

Message to our elected representatives

For now, my message is this: Our mayor and councillors need to step up to the plate and begin to take back control of city hall. I cannot believe that many of them are satisfied with the status quo. They are civic-minded people who were elected because they thought they could make a difference. Yet,I hear that those who came into the job so bright-eyed and bushy-tailed four years ago are feeling beaten and defeated. Where is the feisty, curious, eager energy of those folks now? Where are all the probing questions, the direction to administration to shape up or ship out? Some have moved on. Some were replaced by younger, eager councillors in whom I have great faith. Some are biding their time, perhaps, thinking of a future run for the top job. My advice to those is speak up now or forget any serious run at being mayor in the future.

A new broom must sweep clean

The City CAO, Doug McNeil, is leaving in April. This opens up an opportunity to bring a new and outside broom to begin the necessary clean up. It would be wise to look far afield for someone who has managed an efficient, modern city in the past and who has no three-decade-long relationships with local bureaucrats and local attitudes .We need someone tough and visionary, someone who is not afraid to rock this little boat and spill out the deadweight. There are many, many fine people working for the city. I know their frustration with the status quo mirrors my own and is probably even greater, since they have to pick up the dirty linen left by some incompetent, self-interested managers. The Mayor must put tough-minded people on the selection committee. They must make management excellence their only criterion and pay what it takes to get the job done.