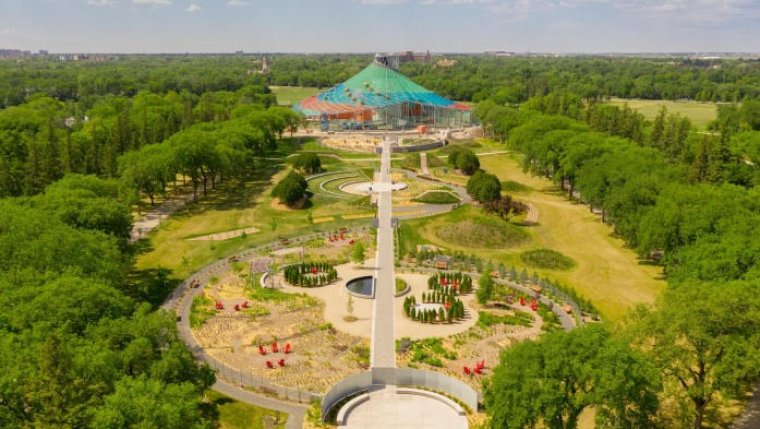 WINNIPEG - Winnipeg has a new peaceful space for citizens to enjoy within city limits, most of which will be open to the public 24 hours a day, 7 days a week.

Construction of the Leaf Diversity Gardens in the southeast section of Assiniboine Park has been going on for quite a while, and now Manitobans can enjoy the multi-seasonal outdoor section of the attraction up close. The nearly 30 acres of gardens and green space are open now, with six different areas, including a Kitchen Garden — with fruits and vegetables from around the world, a Sensory Garden, and an Indigenous Peoples Garden, all celebrating the diversity of Canada and the world through plant life.

Among the elements that hold particularly deep connections to Manitoba, the Indigenous Peoples garden incorporates local prairie grasses and perennials that conservancy gardeners will allow to grow to their fullest height.

Construction of the new garden and conservatory space began after the old Assiniboine Park Conservatory was demolished in 2017, but it’s part of a broader redevelopment of the park that began in 2009, and is expected to last until late 2022.

This video shares the story and inspiration behind the Leaf.