The Future of Our Past Neglect 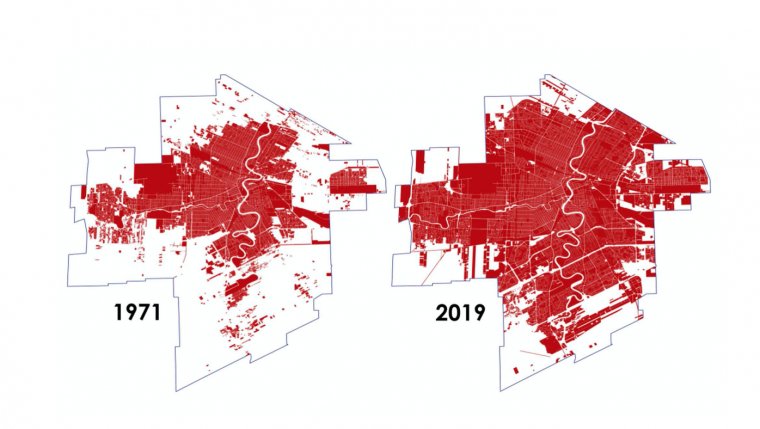 Welcome to the future of yesterday’s bad decisions. The problems we face today are a result of decisions we made or ones we declined to make in the past. For the City of Winnipeg, the financial crunch faced by Council may be this budget cycle’s problem, but its origins lie many, many years in the past.

Commonly, citizens and elected officials are blaming a long stretch of tax freezes dating back to Glen Murray’s tenure as Mayor. In 2010, the Globe and Mail, in an article titled A thirteenth birthday for Winnipeg’s tax freeze, reported that over the preceding thirteen years, “the city's tax rate has plummeted to among the country's lowest, yet the freeze has remained a civic obsession.” Yes, successive Winnipeg Mayors became obsessed with tax freezes or inordinately modest tax increases. That teenager became a twenty-one year old in 2019.

Even as each of the Mayors congratulated themselves on their feats of fiscal prowess, many warned of the gathering dark clouds of a growing infrastructure gap. The same Globe included Councillor Gerbasi’s dire warning that the Mayor couldn’t “just pull this rabbit out of the hat around budget time every year without a huge impact on our inner city and our infrastructure”.

While tax decisions and costs of services certainly have a bearing on the City’s financial state and more importantly, on the state of its infrastructure, they have only contributed to a problem that is much older than Mayor Murray’s tax freeze initiative. Critics like Councillor Gerbasi were right at the micro level, but their complaints only served to distract from the larger issue.

The real and much larger problem lay in how our city was conceived and designed. Over the decades, we created a monster that demanded a larger and larger share of the City’s budget to build and maintain the infrastructure needed to connect residents and services demanded by a population thinly spread over a large geographic area. How thinly distributed?

As the City developed more and more empty space, its population density declined. By 2016 (latest Statistics Canada data), Winnipeg housed 137 residents per square kilometer compared to Toronto’s 984 per square kilometer. And how have our planning and development decisions added to the problem? The City’s own data shows that while Winnipeg’s developed area is 96% larger than it was in 1971, its population has only grown by 37%. As the suburbs grew, the population in central ‘mature’ communities declined by 88,000 residents.

The three-headed monster that haunts our future is urban sprawl, low population density and thinly populated and crumbling central neighbourhoods. Urban sprawl has created an unsustainable inventory of infrastructure and service demand levels. At the same time, our low population density means fewer residents have to carry the tax burden compared to cities like Toronto and Montreal and even Calgary.

Winnipeg has a budget problem. But as is often the case, its 2019 headaches are the result of decisions made decades ago. The solutions to today’s problems also lie decades in the past and regrettably, today’s Mayor and Council do not get a mulligan on those decisions and missed opportunities.

In 2019, Winnipeg’s citizens and elected officials are once again fixated on taxes increases and service cuts. This Council may finally hit the brick wall many had warned about. That is, Council must raise taxes to maintain services or it can no longer avoid real and deep service cuts if it wants to hold the line on taxes. Finally, it seems likely the last rabbit has been pulled out of the proverbial hat.

Though the dilemma is today’s problem, each preceding Council helped making this day an inevitable reality. But life in politics is neither fair nor forgiving. Council has to own the real problem as it goes through the annual budget balancing dance.

While successive Councils were duly warned this day would come, a few voices in the wilderness had been raising the alarm about the underlying root causes. Prior to the 2014 civic election, my organization, Manitoba Building Trades released a position paper calling for a 10-year moratorium on any further suburban development in Winnipeg. It was also the only major construction organization that supported development levies. Prior to the 2018 civic election, Manitoba Building Trades ran an extensive campaign supporting downtown densification. These were hardly popular positions to take; my organization was vilified and attacked by many in the development community.

There have been others. While Jane Jacobs had warned of cities like Detroit being “largely composed, today, of seemingly endless square miles of low-density failure”, there were eloquent and thoughtful local proponents like Brent Bellamy who advocated for real solutions that would address Winnipeg’s real problems, not just the obvious and predictable symptoms.

The symptoms are consuming our full attention but this Council can no longer claim ignorance of the underlying disease. If it continues to be fixated on the symptom, it will have done exactly what each council before it has; and that is passing the buck on tackling the real issues while putting a fresh coat of paint on a very tired old city. Except there is nothing left to cover up with fresh paint. This Council is now faced with the future of yesterday’s neglect.

The hole is too big fix by simply tinkering with hours of operation or other small shovelfuls of savings. Perhaps this harsh realization is now forcing this Council to look to desperate measures like unilateral cuts to the Winnipeg Police Pension plan. For decades, we have known that including police overtime as pensionable earnings was unsustainable. But no previous Council had the courage to negotiate changes. This won’t be the only hard battle it faces.

It took decades of doing all the wrong things to get us here. And it will take decades of pain and doing the smart and right things to have any hope of digging ourselves out of the hole. The days of tinkering and pulling rabbits out of hats are now past.

Council needs to commit to long-term solutions now. What are these solutions? For starters, let’s educate our residents of the consequences of how our city grew and continues to grow. Ironically, suburban voters who are most resistant to higher taxes are the very people who voted against reopening Portage and Main.

That one very small and symbolic act may have helped change our attitudes towards downtown densification. Instead, the failed effort demonstrated how badly suburban voters understand the linkage between downtown densification and long-term fiscal sustainability of their city. We must drive home the realization that if downtown fails, so will the rest of Winnipeg.

In addition to downtown densification, we need to commit wholly to a considered and thoughtful infill strategy. And that strategy cannot work project by project, each in isolation of the other. We need a coherent plan that allows residents to visualize the completeness, value and quality of future neighbourhoods these individual projects will help create.

Corollary to all of this, Council be supported in its effort to impose impact fees. If necessary, the Province of Manitoba must extend legislative cover to allow these fees. However, the City must not be permitted to use the fees as a source of general revenue. Impact fees must serve to internalize the full costs of new development. Done right, impact fees can incentivize and support neighbourhood densification while discouraging more suburban sprawl.

Doing all of these things leaves today’s budget challenges intact and won’t offer this Council any relief. Understandably, it will suffer budget myopia as have many Councils before it. But let’s be clear, for far too long, City budgets have been an exercise in denial and deceit. We can no longer afford the delusion that we can keep doing the things that got us here and survive. The two are mutually exclusive.

Growing up in India, I used to hear an old saying; one should check the length of the blanket before stretching out one’s legs. For decades, Winnipeg has been stretching its self out, knowing that it would run out of blanket. And in Winnipeg, leaving one’s feet out in the cold comes with catastrophic consequences.

If we want to avoid painful amputations, it is time to pull our legs back in and take care of our core. Otherwise, we will slowly hobble to a slow, painful death that will make Detroit’s failure seem walk in the park. 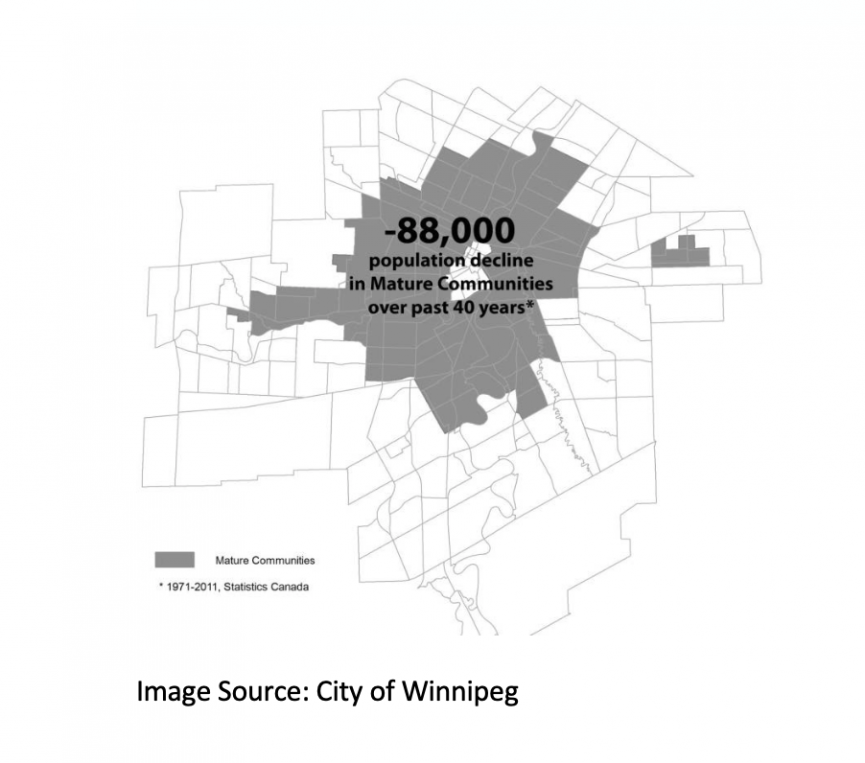