The Centennial Concert Hall: Fifty Years of Service and In Need of Some TLC 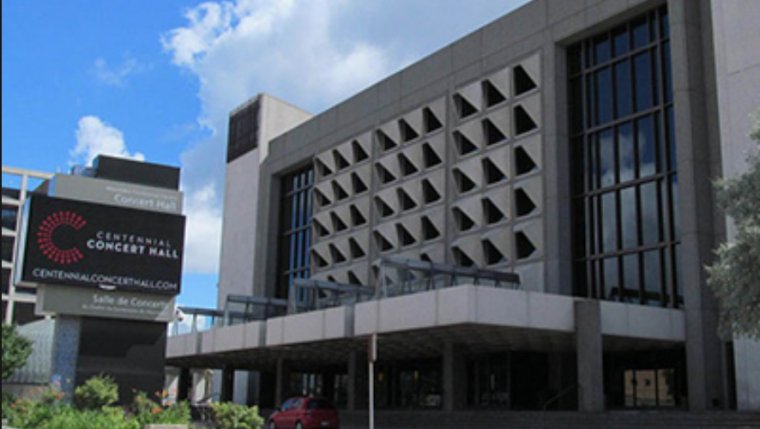 WINNIPEG - Communities around the world take pride in the central performance and presentation space that helps to present the success, values, and viability of their home to local people and to visitors who come to visit the community. When the Manitoba Centennial Centre was opened in March 1968, the facility was an expression of pride in our ability to thrive in Manitoba. The Manitoba Centennial Centre looked to the future with a modern design, a space to create a museum of our history, a planetarium, and a Centennial Concert Hall. The Centennial Concert Hall was designed as a multi-purpose hall and intended to showcase the Winnipeg Symphony Orchestra, Manitoba Opera, and the Royal Winnipeg Ballet as well as present other events and community groups when needed.The opening night was a huge celebration of the history of Canada, Manitoba, and Winnipeg.

The concert hall itself was designed as a multi-purpose hall that could be suitable for presentations of ballet, opera, and the symphony.In order to create the acoustical environment needed for symphony orchestra performances, a complex and large orchestra shell design was created that could be lowered into place for symphony performances and lifted into storage position above the stage when it was needed. The shell is like a three sided room with three walls and a roof with an open front side that faces the audience.

The operation and functionality of the orchestral shell is very important to the ability of the orchestra members to hear themselves play and to hear their colleagues well enough to be able to coordinate entrances, artistically shape phrases, and balance the combination of sounds to create the most satisfying and musically satisfying experience for audience members. The absence of an orchestral shell for symphony orchestra performances creates sonic dead spots on stage. It makes it very difficult to work with Winnipeg’s wonderful choirs, and the conductor has difficulty hearing and shaping the nuances of the musicians’ work. The stress and strain of working to a high musical standard is multiplied many times in this environment, and the danger of overplaying in this environment greatly increases the risk of injuries to the musicians.

The Winnipeg Symphony Orchestra has been performing in the Centennial Concert Hall without a functional acoustic shell since the spring of 2016. Engineers brought in to assess the safety of the mechanical system that raises and lowers the massively heavy shell structure determined that use of the shell had to be curtailed because it was in danger of failing and crashing to the stage and wreaking havoc on the stage and anyone working on the stage. An electronic acoustical enhancement system that is intended to electronically simulate the presence of a shell was installed as an interim measure until the shell could be repaired. This electronic shell is helpful, but it is an emergency measure not a long term solution. It is like putting an emergency tire in place when you have a flat tire. The emergency spare tire will get you to a garage, but it is not intended to be used for the long term.

After fifty years of service with less than adequate budgets for capital repairs and maintenance, the Manitoba Centennial Centre in its entirety is deeply in need of refurbishment. Many aspects of the buildings need to be repaired and modernized, but for us at the Winnipeg Symphony Orchestra, the absolute priority is the repair of the orchestral shell.

We have a wonderful orchestra in Winnipeg, and its highly trained and skilled musicians should be performing in a concert facility that meets basic professional standards. We have asked people who care about the orchestra to speak to their elected representatives to support making this important repair.You can help this effort by speaking with your elected representative