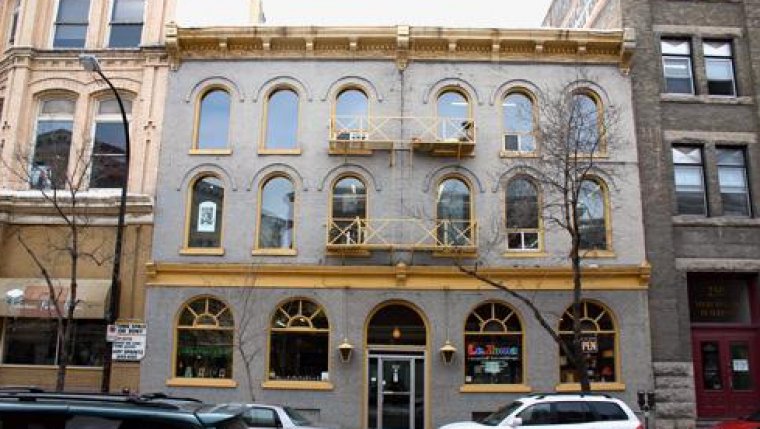 It's was an interesting week - even before the monthly City Council session - when important issues involving longtime topics all land in my wheelhouse without a tip or a Freedom of Information request required. Here's a fast round-up:

Lennard Taylor is a very talented boutique fashion designed and the kind of person that should be the poster boy for the Exchange District, but he never dreamt hanging his Design Studio shingle at 246 McDermot near Albert St would maroon him from his supply line. The new bike lane - which we discussed in a 5 part series this summer - eliminated parking on his frontage to haul in big bolts of clothing, but he has a big loading door in behind.

No problem? Not until the Parking Authority swoops in with a hefty ticket:

"That’s where my loading dock is for my back door. What do people expect me to do? What does the city expect us businesses to do?” he told CTV News. In response, CTV was told "The city said the Public Works Department is actively looking at solutions to address loading and parking issues in the area", which is code for, don't call us, pay your ticket, and thanks for paying the increased business taxes, suckers.

Wanna bet the Parking Authority hasn't called Lennard yet to help make sure his delivery vehicles can use his ... LOADING DOCK? The Biz he pays mandatory fees to? His city councillor? Naw, c'mon, this isn't 1999 anymore. And as we proved in this podcast interview, when the bureaucrats have never run an actual business in their lives cater to the two dozen human popsicles who used the bike lane in January, their motivation to care is minimal, and their sense of duty is frozen in the past.

While newsrooms honed in an an upcoming annual report stating Taxicabs should no longer charge $12.65 extra for an accessible cab ride, buried in the report was an odd mention of a needed fix: Vehicles-For-Hire should be required to issue receipts upon request and to allow payment with credit cards.

How is it even possible that ensuring users got receipts for payment and could use credit cards wasn't enshrined in the original regulations last year? Those were part of the game back in the trip sheet days! 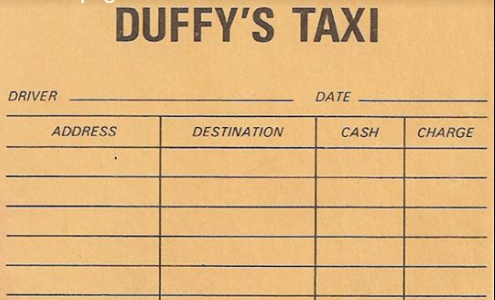 I realize that there were ten tons of valid criticism of the provincial Taxicab Act - many of which I dug up as a former driver representative and voiced for 3 decades - but the civic regulators showed zero business sense and no sense of customer service and consumer protection either, by not grandfathering those longtime requirements. Easy fix by council, thankfully.

It never ceases to amaze me how many people- homeowners, apartment tenants, and businesses - lose track of the basic physics involved when ultra-cold weather meets water pipes. It's a shame really, and I know full well that sometimes misfortune occurs despite best efforts. But I heard of at least a half dozen situations this week where some preventative or ongoing maintenance (like a trickle of water through the taps) would have prevented difficulty or catastrophe.

Just remember whatever you do, folks, space heaters are always a better idea than "I'll just tap the line with a wrench".