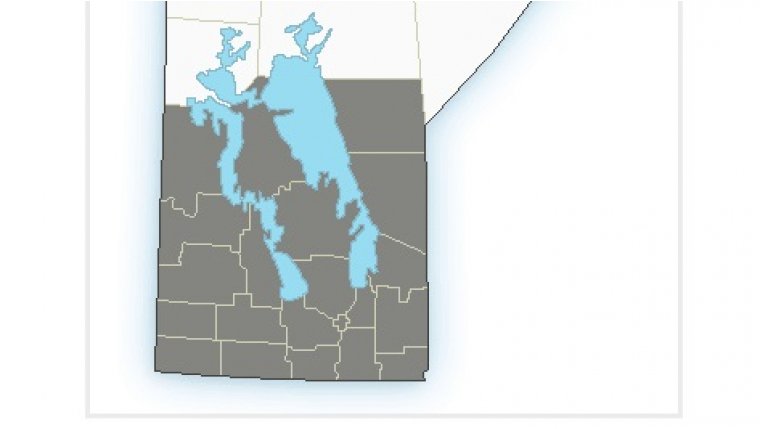 Another Colorado Low moving through the dakotas this weekend will affect the southern half of Manitoba from Friday morning through Monday. This system is expected to bring a wintery mix of precipitation including a swath of heavy snow from southeastern Saskatchewan through the Manitoba parklands and interlake as well as periods of heavy rain for the Red River Valley and areas further east.

Along the heaviest axis of snow, storm-total accumulations of 25 to 50 cm are expected to fall but will vary drastically throughout the rest of the province. Most areas of southeastern Manitoba will experience periods of heavy rain, at times mixed with snow or freezing rain. On Saturday, these areas may be enhanced at times by embedded thunderstorms, and could see 25 to 50 mm of rain, especially over upslope areas of the Red River Valley. Also, strong winds gusting from 60 to 90 km/h will encompass a large area of southern Manitoba, beginning Saturday, through Sunday.

The strongest wind gusts on Sunday are also likely to line up with the heaviest bands of snow, bringing widespread reduced visibilities in blowing snow. Blowing snow is also possible on Saturday, but uncertainties in precipitation type (snow/rain/ice pellets) make this difficult to predict. However, the risk of reduced visibilities in blowing snow will be there wherever snow is falling in strong winds. This will likely make travel difficult in these areas.

The system is expected to move into Ontario on Monday. Lingering flurries will remain for most of the province, but with no significant accumulations expected.

Confidence regarding the track of this Colorado low is slowly improving but remains uncertain and deviations in the track could lead to significant changes in the projected storm-total accumulations, precipitation type and wind speeds over the region.