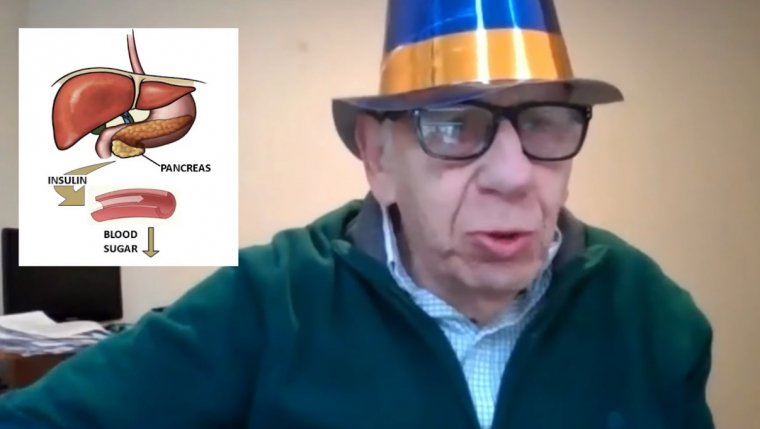 WINNIPEG - An 80-year-old Winnipeg teacher has taken to YouTube with a song to celebrate the 100-year anniversary of a life-saving Canadian innovation. On November 15, 1921, University of Toronto researchers Dr. Frederick Banting, Professor John Macleod, and then-graduate student Charles Best discovered insulin. As a result of the experiments, millions of lives have been saved, and diabetics around the world have been able to live healthy lives. Banting and MacLeod both received the Nobel Prize in Medicine two years later.

Dr. Michael Eskin is a professor of food and nutritional sciences at the University of Manitoba and an internationally recognized scientist. Its longest-serving educator, he’s been their Associate Dean and written more than a dozen books and over 120 research papers, and was inducted into the Order of Canada in 2016 for pioneering research that kickstarted Canada’s canola industry.

But the professor's first love was always music. He was classically trained as a vocalist, having sought a career as an opera singer in his younger years, but has also recorded folk, country, and reggae. He’s performed at Folklorama, and even contributed to music on Sesame Street. During his more than 52 years at the U of M, Dr. Eskin developed a reputation for using rap songs, some of which have been borrowed by other professors around the world, to help teach students about lipids & other biochemistry topics.

This year, though, he’s focused on singing a different tune. Recognizing how important the discovery of insulin was, Dr. Eskin wrote and recorded a fun five-minute song, celebrating this vitally important Canadian achievement. After a four-minute lesson on the significance of the 1921 U of T findings, he performed the song live for the American Oil Chemists' Society.

Dr. Eskin says, with all the serious research he does, music brings a fun and liberating lightness to learning.