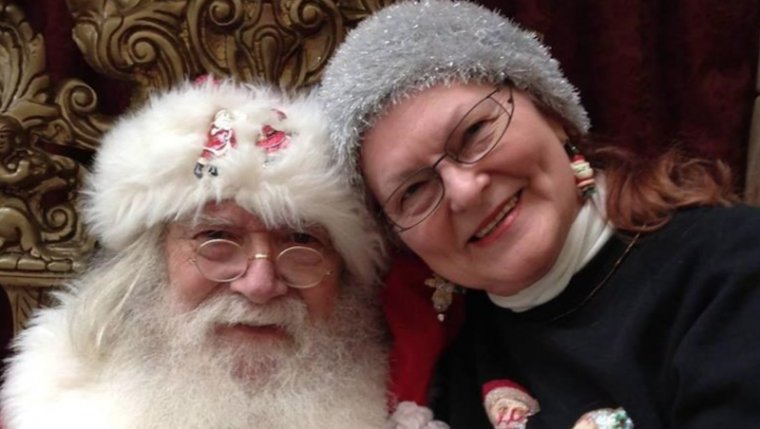 WINNIPEG — Brian Sanderson’s white beard and jolly demeanor landed him in Santa’s bright−red suit in Winnipeg malls, seniors centres, toy catalogues and as the mythical Christmas figure in more than half a dozen movies.

So when Sanderson, Winnipeg’s most well−known Santa’s helper, died in October at the age of 77, a group of people — his own special elves — stepped up to make sure the Christmas magic he displayed all year would continue.

"He just had such a kind heart and literally a twinkle in his eye that is pushing us forward," said Shelly Anthis.

Anthis, a casting director who met Sanderson through his movie roles, started a toy drive in memory of Santa Brian. Along with help from others and the support of Sanderson’s family, she has been collecting gifts to hand out to children and teenagers at shelters and family centres over the holiday season.

"There (are) a lot of teens and youth there that could use some of that magic and we just want to make sure that they have gifts, too," she said.

Christmas was always extremely busy for Sanderson and his partner of 11 years, Lillian Harrison, also known as Mrs. Claus. But Sanderson played the role of Santa all year long for 26 years.

It started when he agreed to be in Christmas photos taken at a Winnipeg mall. The first year he wore a fake beard, Harrison said, and a child pulled it down. Sanderson didn’t want to break that special illusion again, so he grew his own beard out.

"In his younger years, Santa was magic ... and he just wanted to bring that magic to other people," Harrison said.

Sanderson carried candy canes with him all year long in case he ran into children who recognized him as Santa. One year, two young girls came to the door and asked him why he forgot them at Christmas, so he went inside and found a couple of dolls from his personal toy stash to hand over.

"His Santa persona was not just at Christmas. It was something he loved and lived 24−7, 365 days," said Sanderson’s daughter Kathy Bailey in an email.

"But as my daughter said to us when he passed and (Facebook) tributes and comments started rolling in: ’I never thought of Gramps as a celebrity. To me he was just Gramps.’"

Bailey said her father was a well−prepared Santa. He would study catalogues and flyers to make sure he knew what the latest toys were and would never commit to high−priced gifts.

"He would say he wasn’t sure if the elves had enough parts for those toys, and if it was a cellphone, he asked the child how they would pay the bill," she said.

"He felt that Santa shouldn’t promise something parents may not be able to afford or didn’t want their child to have. This way they could make that decision themselves."

Once word of the toy drive spread, people from across Manitoba and around the world reached out to help. It shows the impact that sharing the Christmas spirit all year can have on the larger community, Anthis said.

She expects her group will be handing out hundreds of gifts in the week before Christmas to children who may otherwise not get any.

This year Sanderson’s Santa isn’t around to pass out wrapped presents, but Harrison’s Mrs. Claus will be there.

"I am so glad they are doing that in his memory because I can see him looking down and I know he’s smiling," she said.