Safety Keeps Slippin' Away on 'Wrong Side' of St. Boniface 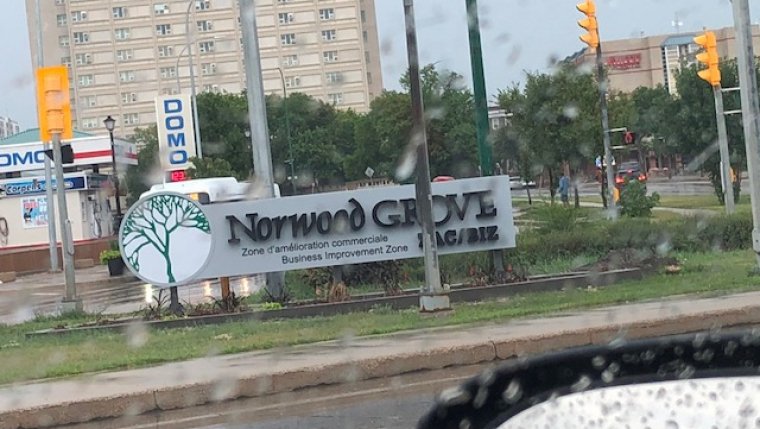 WINNIPEG - Last summer, Manitoba Post learned that a sudden spike of serious criminal and harassment incidents due to an influx of panhandlers and homeless people, led the Norwood Grove Business Improvement Zone to ask City Hall for help to keep area employees and businesses safe.

Last May 4th, a motion was made by Councillor Ross Eadie (Mynarski) to the Protection, Community Services and Parks Committee to fund a joint Ambassador Patrol program to serve Norwood Grove and 11 smaller Biz districts in Winnipeg. 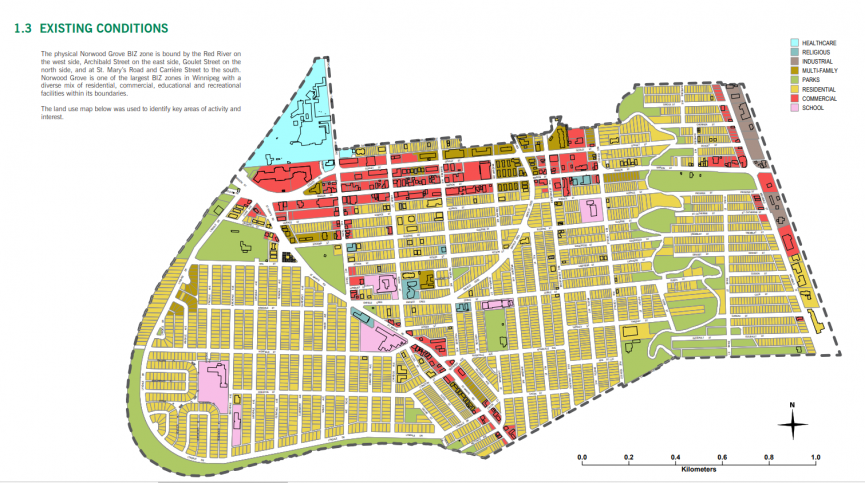 The Biz largely represents establishments along the Goulet/Marion corridor near St. Boniface Hospital, has 300 members, and a restrictive annual budget of $160k and thus cannot afford it's own Patrol. To control costs the Biz decided it would no longer rent a physical office.

Unfortunately, the Hospital and La Verendrye Park across Tache Ave. sits outside the Biz jurisdiction, and is not part of the Provencher Biz either. Consequently last summer park users were intimidated by aggressive behaviour from a core group that took control of picnic benches and stalked the neighbourhood. Camping out in area parks resulted in discarded needles and drug paraphanelia, as well human and other waste marring the historic French community.

Last summer the Biz installed a new sign, which promptly became a new gathering spot for troublemakers panhandling into traffic and hassling people at bus stops.

Before that happened, Biz Executive Director Jennifer Mathieson sent a letter supporting the motion and begging for help.

"Issues surrounding homelessness, panhandling and street-involvement become a growing concern to the Norwood community in recent years ... we are investing in the economic competitiveness of our neighbourhood and commercial district ... which saw endless customer harassment, vehicle break-ins, vandalism and more."

She told Manitoba Post the wake-up call was when the Goulet St. Tim Horton's bathroom was set ablaze and shortly after that, staff walked out due to threats by miscreants. "As the downtown core took steps, we saw an influx of bridge community. Business owners didn't know what to do and hadn't seen it before.'"

Mathieson told councillors last spring that because funding had been focused on the Exchange, Downtown and West End Bizes, "its success has come a price especially to the surrounding communities such as the Norwood Grove BIZ." The community includes a substantial number of senior citizens and mobility impaired folk who utilize health care facilities like walk-in clinics. 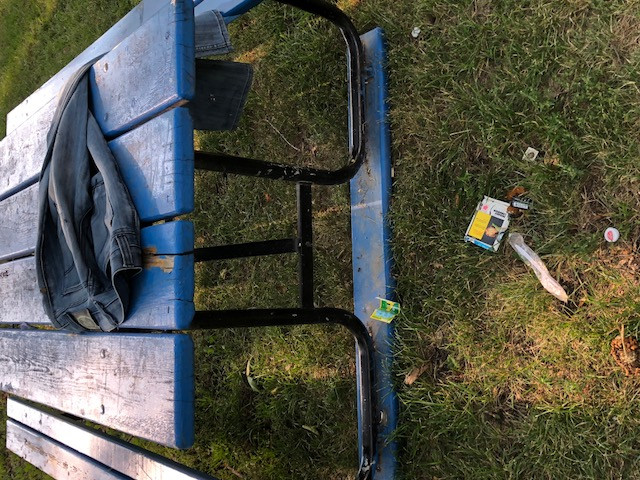 Despite her plea, the Committee kicked the can down the road to study a city-wide approach, leaving the area to fend for itself. This was a short-sighted decision that has endangered the community further.

Athough in his re-election campaign Matt Allard stated he wants to "foster dynamic and thriving neighbourhood main streets", his focus is continually on "Old St. Boniface" (where he was previously Residents Association president) and its Provencher Blvd 'main street'.

Coun. Allard dreams aloud of a BRT line down the boulevard and other 'big picture' ideas, like free bus rides for kids under 12 with free WiFi, solar-powered crosswalk signals, and a ceremonial unveiling of his pet project, an observation deck/walkway on Tache overlooking the Forks that was wedged into riverbank rehabilitation infrastructure at a still-unspecified cost to taxpayers.

Perhaps now that the situation on the actual main corridor of the ward has deteriorated to the point that the Bank of Nova Scotia on Marion at Traverse has closed overnight access to its ATM lobby permanently, Allard can steel himself to deal with the grim reality south of Provencher, where threats and assaults and thefts and rampant shoplifting are a daily experience for businesses, customers and residents. 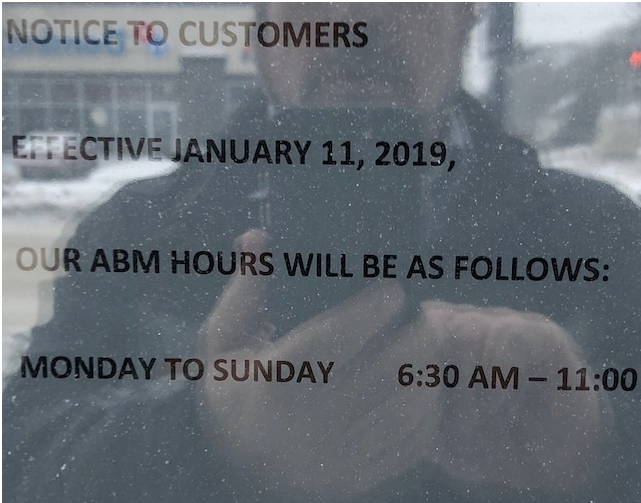 A Scotiabank staffer advised that due to impaired/homeless types passing out at night on the lobby floor, bank customers spoke of fearing unsafe conditions to be pulling out their wallets or handling cash - and no alternate solution to curtailing access to their bank machines was found. This squatting on bank property follows on the heels of at least 2 hold-ups of customers at ATM's "in the 100 block of Marion" in late 2018.

These facts pose a challenge to Allard's 'urban visionary' platform of "dynamic and thriving" main streets - but this nasty reality is happening on the main streets of the new 'wrong side of town' in St. B., not on his beloved Provencher.

There are no ribbons to cut, no headlines to grab, no photos to pose in, for Coun. Allard along Route 115; only the dreams of merchants and residents and visitors who want to do their shopping and banking in peace.

Their grim reality deserves his immediate attention and some action today, not a study reporting back to council in 6 months, when the next round of discarded needles and violent goons are scattered along Marion and Goulet streets yet again.