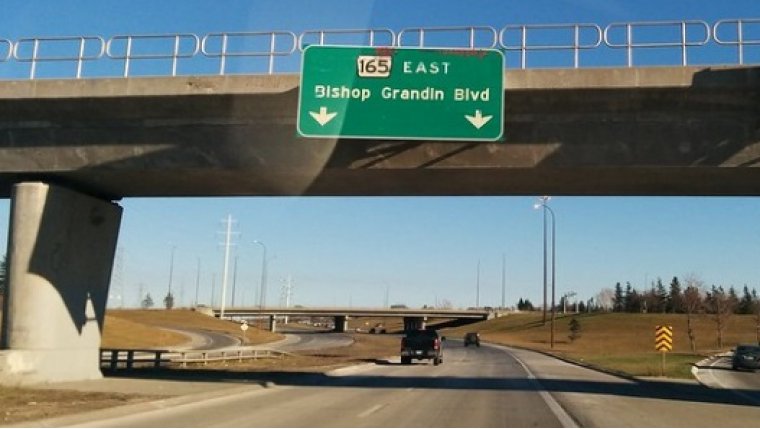 Bishop Grandin Blvd. bears the name of Bishop Vital-Justin Grandin, the Roman Catholic Bishop of St. Boniface, named “Vital” after his patron saint, known as an early supporter of Canada’s residential school system. With a plaque commemorating the French-born priest’s 48 years of contributing to the culture, creed, and rights of Manitoba’s French and Métis people, the street was opened to traffic in 1978. Grandin had declared that First Nations peoples needed to be "civilized," and that a residential school system was one way to accomplish that goal.

In 2018, St. Vital City Councillor Brian Mayes proposed the installation of a new sign acknowledging that residential school legacy on the existing plaque commemorating Grandin. The committee at city hall responsible for signage is looking into the motion, and Mayes says he expects the committee to make a decision within 60 days. Mayor Brian Bowman says the time to also reevaluate the street name has come.

Manitoba once had 14 residential schools, part of a network of over 130 such institutions across Canada since 1834. The last of them finally closed in the mid-1990s. The Truth and Reconciliation Commission says it’s impossible to know exactly how many children died at residential schools because official documents have been destroyed and lost. In 2008, then-Prime Minister Stephen Harper offered a public apology for the Canadian government's efforts of assimilation and the policies that were responsible for the system’s development.

In 2015, an investigation revealed the names of 70 children, many of whom are buried in unmarked graves, who died at the site of a residential school in Brandon, despite the fact that only 11 children had been listed as deceased.

Premier Brian Pallister says he was deeply saddened to learn of the discovery of the mass grave in British Columbia. “This discovery reminds us all of the tragedy of the residential school system,” the premier says. “We must all remain committed to righting this historic wrong and to ensure that it is never allowed to happen again.”

The Legislative Building was lit in orange to honour the 215 children whose lives were lost.