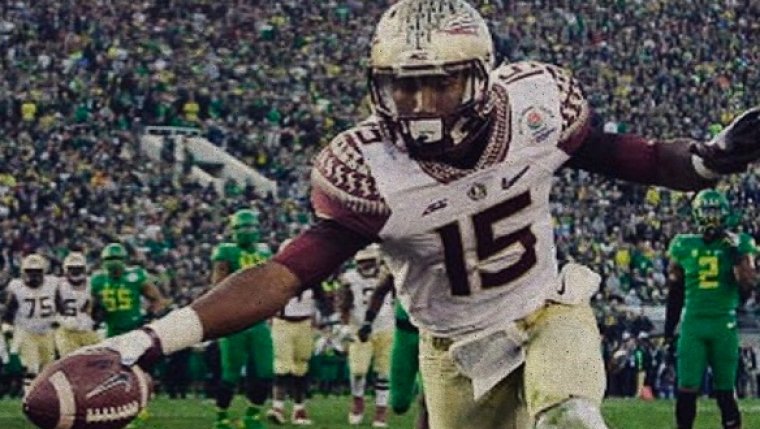 Investigators say a man was rushed to the hospital, and another was found dead at the scene. Rudolph was found at his home and arrested, and remains in custody without bond. The Palm Beach Sheriff’s Office says the shooting stemmed from an argument at Rudolph's home, and that four people were shot at in total, all believed to have been in the same car.

The 25-year-old played in the NFL before joining the Bombers, but not for long. He played college football at Florida State and joined the Seminoles in 2014, becoming a leading receiver over the next two years. He missed the 2017 NFL draft, and was later signed as an undrafted free agent for the Giants. Rudolph caught eight passes for 101 yards in his seven games with the team and had stints with the Dolphins.

Blue Bomber Director of Public and Player Relations Darren Cameron says, although Rudolph was signed in 2019, he never had a chance to play for the team.

The organization was made aware of Travis Rudolph’s arrest this morning and he has subsequently been released. Rudolph was signed in December of 2019 and did not play in a game for the Blue Bombers.

Rudolph is the first of two former NFL players accused of murder in two days. Police in South Carolina say former defensive back for the 49ers and Atlanta Falcons Phillip Adams shot five people to death early this morning, including two young children, before eventually taking his own life.