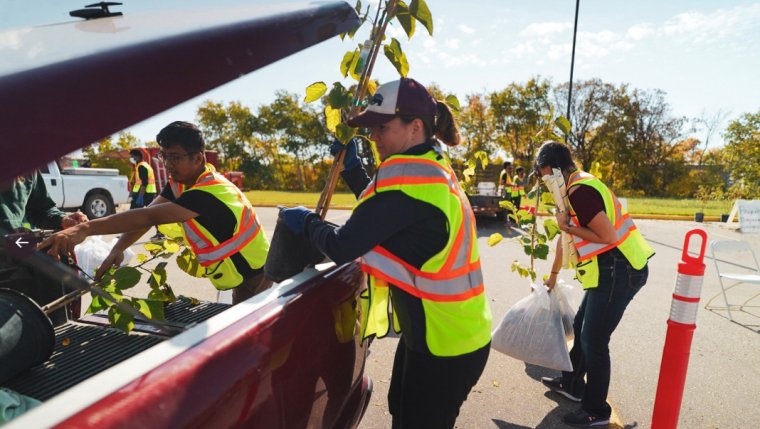 WINNIPEG - A non-profit tree planting initiative in Winnipeg has returned, promising to bring bigger and better releaf to the city’s urban forest.

Trees Winnipeg says its ReLeaf program will be providing more tree planting kits than ever this spring as it kicks off another year of growth. The program has been so popular in recent years, organizers say they plan to enable their customers to plant twice as many trees as they did last year.

IT'S HERE! Our spring ReLeaf campaign is back - bigger and better than ever!

packages for $60 each! Only available 'til end of May so get your orders in today!

— Trees Winnipeg (The Coalition to Save the Elms)

The organization explains residents can buy subsidized-rate seedling packages, which come equipped with mulch, instructions, and protective guards. Organizers say the city continues to lose trees due to not only Dutch Elm Disease but also other conditions such as the Emerald Ash Borer, so it’s vital that the public keeps planting and caring for trees on their own soil, and not just depend on City Hall’s limited resources for planting on public greenspace.

This year’s ReLeaf inventory consists of around 1,000 packages of 13 different types of tress, including Ash, Cedar, Elm, and Manitoba Maple, species that were selected to thrive in the province. They’ll be ready for pick up on June 5, which is Arbor Day, until May 31 - if supplies last that long. You can select your trees here.

Trees Winnipeg was started as the Coalition to Save the Elms in 1992, and when their ReLeaf program began six years ago, they were only distributing 200 to 250 trees a year.