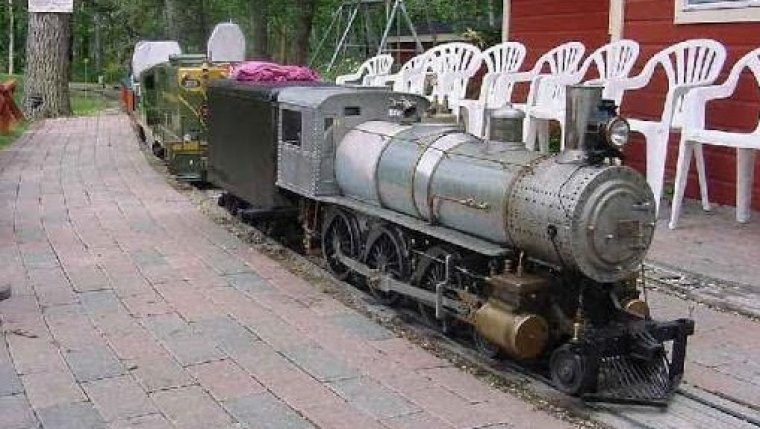 WINNIPEG - It’s a labour of love for all things locomotive that began decades ago, but passenger trains along the small but locally-loved Assiniboine Valley Railway are pulling in to Charleswood Station for the last time, as hundreds of Winnipeggers respond in support of the conductors who gave their families rides for 26 years.

The Assiniboine Valley Railway Club, which operates next to a home that neighbours Assiniboine Park’s Roblin Blvd. entrance, has been asked by the family of its late founder to move off of the property by October. Current club president Len La Rue says in order for the trains to resume rolling down the tracks, they’ll need at least several acres to lay them on - as well as access to plumbing and electricity. He says he’d like to keep the trains at least within easy access to Winnipeg so the public can enjoy them once again.

La Rue says although the club can afford to put its thousands of feet of track and dozens of cars and locomotives, some of which weigh half a ton, into storage, if it can’t find the land on which to rebuild, and raise enough funds to meet expenses, they’ll have to dissolve the club and sell off their assets.

The railway was founded in 1995 by Bill Taylor, who, with what was originally a four-person crew of model train enthusiast friends, laid what would become more than 6,000 feet of 7 1/2 inch gauge track throughout his seven-acre property in Charleswood. Eventually, the club was able to run up to four trains at a time, and, at its height of activity, hosted over 1,000 passengers in a single day. 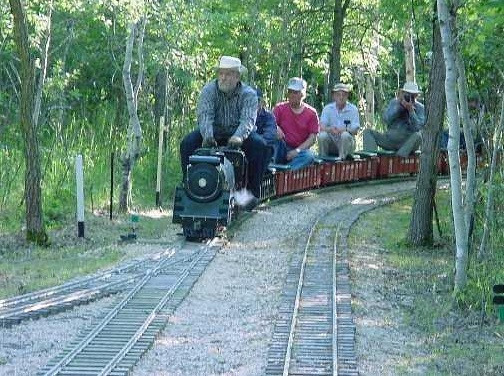 As the club grew, members would build more than half a dozen 1:8 scale locomotives, including several steamers, and around 45 cars, which include tankers, boxcars, two cabooses, and the famed gondola cars - with cushioned seats - on which people would relax as they rode through the woods for 10 to 25 minutes per trip, depending on the route. In addition to being an annual family tradition for many, with its winter train rides through a forest filled with over 120,000 lights, the club was also known for its Dinner Train Weekend, when diners enjoyed a meal aboard the train. As a young man, Bill served on Canadian Pacific dining cars, and the AVR was among the few model railways to highlight the rail travel dining experience.

Though Bill passed away in 2013, and the railway had to close to the public in 2020 due to COVID-19, the club, now with 23 members, had been permitted by the family to continue meeting, working on the trains, and inviting the general public to enjoy the model rail passenger adventure.

To learn how you can support the railway club as they search for a new home, you can visit the Assiniboine Valley Railway website.

And now, the station's near,

and so I hear that final whistle.

My friends, the path is clear

to lay new track, without a thistle.

I filled my trees with lights;

I traveled each and every railway

for the train for many nights

but then again, those chipmunks love them.

And families coming through,

they'll still view beauty above them.

So no cause to complain:

each awe-struck step, I know that they'll say,

"We were blessed to ride the train built the to-scale way.”

We made a shop to fix and build;

And in mid-ride, when we saw deer,

I drove those trains along my lanes

I sang, I planned, and gave.

I had my fill of engineering.

I taught cubs to be brave,

took on what I could bear -

and may I say not in a pale way.

I shaped my life with care -

For what is a man, though dignified

without his family by his side

to hear the words they need to hear,

to guide their way and bring them cheer?

I froze my beard, and engineered

in the to-scale way.

Written by his great nephew in memory of William Arthur Taylor, 1944-2013