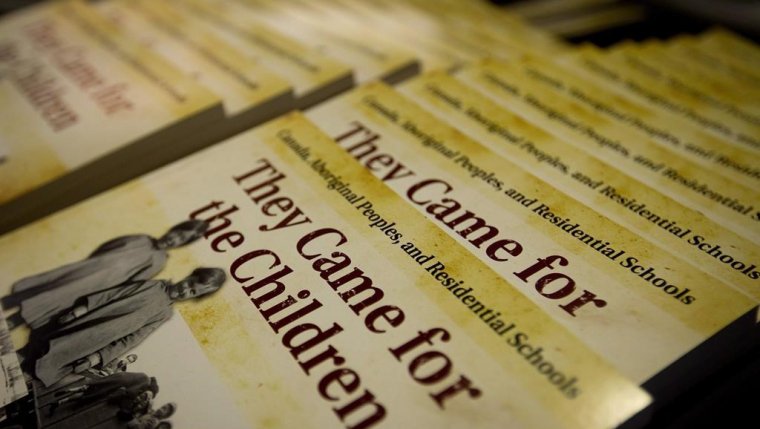 SASKATOON — A radio ad airing in Saskatchewan is asking listeners whether Canadians are being told the whole truth about residential schools.

The radio spot, which aired recently across multiple private radio stations, was made by the Frontier Centre for Public Policy, a Winnipeg−based think tank.

"We have been told that the residential school system deserves the blame for many of the dysfunctions in Indigenous society — abuse of alcohol and drugs, domestic violence and educational failures can all be blamed on the school system which did not finally end until the 1990s," veteran prairie broadcaster Roger Currie says in the ad.

Currie says it was a myth that residential schools robbed Indigenous kids of their childhood because the average stay was less than five years and the radio piece claimed most Indigenous children never went to the schools.

The Truth and Reconciliation Commission heard from more than 6,000 witnesses over six years and its final report in 2015 found that residential schools amounted to cultural genocide. Around 150,000 Indigenous children went to residential schools and it’s estimated around 6,000 children died.

In 2008, former Prime Minister Stephen Harper apologized to former students saying it was a sad chapter in Canada’s history and the policy of assimilation was wrong.

Tammy Robert said she was shocked and appalled when she heard the spot on the radio while sitting a restaurant in small−town Saskatchewan.

"In my mind, the implication of that piece is that residential school survivors and their families are lying, or at the very least exaggerating and not telling the truth," said Robert, a communications specialist.

Robert, who wrote a blog post about the radio commentary Sunday, said misinformation around residential schools not only exists but is being perpetuated in Saskatchewan.

"It’s no secret that there is all kinds of racial tension and there has been forever, but it has been amplified lately," she said, pointing to a farmer’s recent acquittal in the death of Colten Boushie, an Indigenous man.

"I have to question what the point of (the radio commentary) is."

No one from the Frontier Centre for Public Policy agreed to be interviewed about the radio spot.

The commentary, posted on the centre’s website Sept. 14, was removed Monday afternoon after an online backlash. It was replaced by an edited print version of the comments and included a link to an essay published by the centre in August titled "Myth versus Evidence: Your Choice" by Mark DeWolf, who has previously written about his time as a non−Indigenous residential school student.

The Winnipeg radio station where Currie volunteers issued an apology Monday for any implied connection with the centre’s radio commentary. CJNU said it did not air the piece and the station is investigating.

Currie was paid for the voice work but had no editorial control, the Frontier Centre for Public Policy said in a written message. The Frontier Centre has purchased air time for the commentary program which has been running across various stations since 2004. The Centre said stations have zero control of topics or content.

But Robert said radio stations should still be aware of what they are airing. She said it’s important to allow for differing opinions but it has to be rooted in fact.

"The impacts of residential school, they aren’t up for debate anymore," she said.