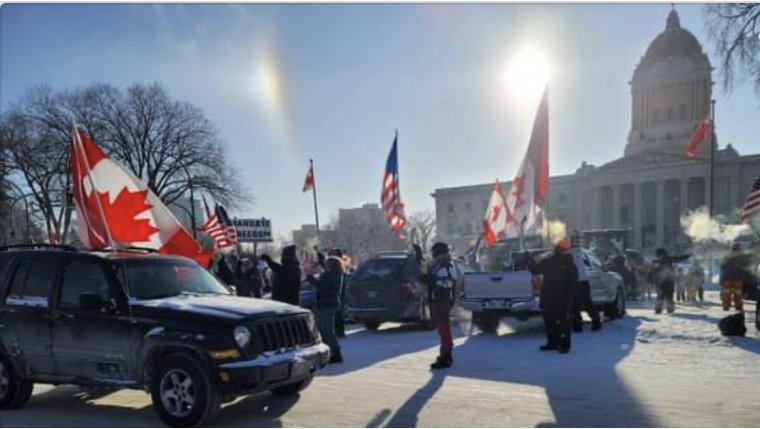 WINNIPEG - Police have charged a Headingley man after four people were hurt in a hit and run near the legislature last night.

Investigators say an SUV drove through a group of protesters in the area of Broadway and Memorial just before 10 p.m.

Officers stopped the vehicle in the 4800 block of Portage over half an hour later. A 42 year old man was arrested after a struggle.

Only one of the injured required treatment at hospital and that person has since been released.