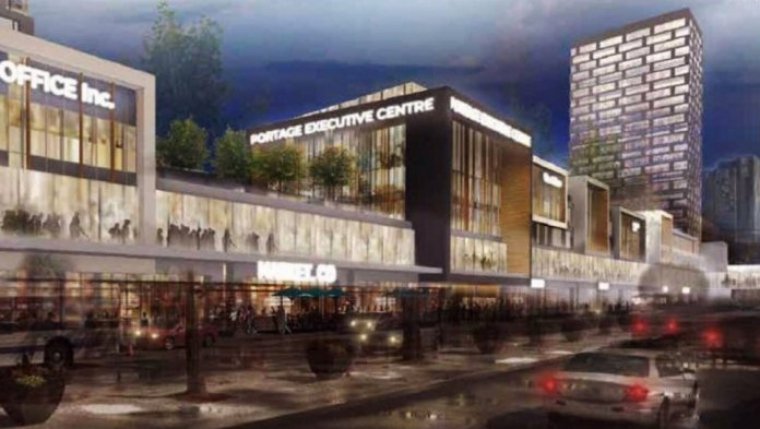 WINNIPEG - A real estate company planning a $400 million redevelopment project for a downtown Winnipeg mall says it might not be able to afford to go ahead as planned now that the federal government missed a funding deadline. Toronto-based Starlight Investments says they were expecting to hear from the government of Canada by 5 pm on Monday confirming a $20 million commitment to invest in the project at the site of Portage Place, and the call never came.

The company had planned to build two affordable housing towers with over 500 suites, 10,000 sq. ft. of pedestrian and community space, a grocery store, and 500,000 sq. ft. of other retail and office space over five years. The City of Winnipeg approved a $20 million investment, while the government of Manitoba committed another $28.7 million.

The company says without federal support, they may have no choice but to back out. A deadline to hear back from the feds was originally set for August, and was already extended.

Portage Place was built in 1984 as part of a larger scheme to revitalize downtown. City officials are now calling for more investment to revitalize the area.