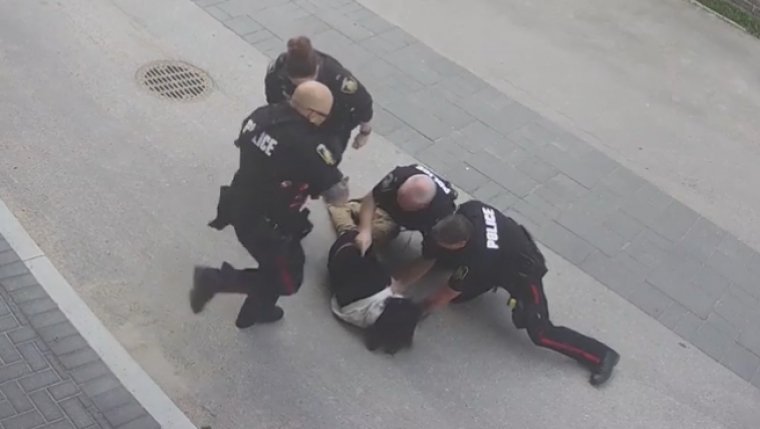 WINNIPEG - Police held a news conference this afternoon, releasing video of an arrest in the Exchange District yesterday morning.

Part of the video surfaced on social media after the incident but because it was grainy and blurry, it looked like one of the officers kicked the suspect twice in the head.

Today's video from the cops is much more clear. It shows the officer kicking the guy in the shoulder which is something police say they're taught to do in a situation like this.

Police make no apologies for the force used. They say it was necessary as the man was high on Meth and had a weapon.

The accused faces several charges after the Concert Hall was damage to the tune of $20,000.