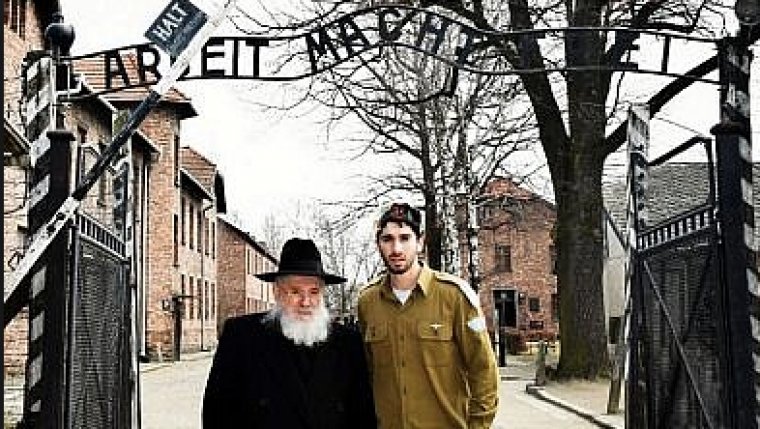 The CEO of the Jewish Federation of Winnipeg was unaware Lex Rofeberg is a leader of the radical US anti-Israel group IfNotNow until I revealed it in a Manitoba Post column.

In fact, Elane Goldstine admitted in our half hour chat last Friday that before I started investigating the situation, "I did not know anything about IfNotNow".

Negative feedback from a wide swath in the Jewish community based on the information I uncovered led to the JFW withdrawing sponsoring a March 1st synagogue dinner at which he was to be guest speaker. (Goldstine said when they signed on for this year's dinner, no speaker had yet been discussed.)

While Goldstine knew of Malkin's official explanation, "The values of the speaker are not in-line with ours", she was eager to hear my questions, because she had been out of town when the Rofeberg controversy erupted at the end of February and was not fully up to date.

Goldstine also knew the Asper Jewish Campus ordered up a paid police guard during his subsequent Limmud Winnipeg appearances the rest of that weekend, but as the Federation had not been consulted, "it's not us paying" the $1447 bill, and she added she did not know on what basis an officer was deemed necessary beyond the usual security precautions. 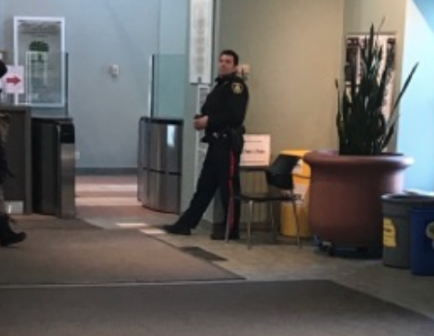 So Goldstine was in the dark; Federation president Laurel Malkin, who sits on the Campus Board, told me security matters are "confidential"; and I got no reply to repeated inquiries of the Campus Executive Director Curtis Martin.

But once again I learned things are a little less confidential with the Winnipeg Police Service.

A police spokesperson explained what reason was given when asked for a Special Duty officer for March 2nd and 3rd.

Cst. Rob Carver revealed the reason was because "the organization was concerned about a possible demonstration" ... "they had an event where they had security concerns, concerning a speaker."

The event that weekend could only have been the annual Limmud Winnipeg learning conference. 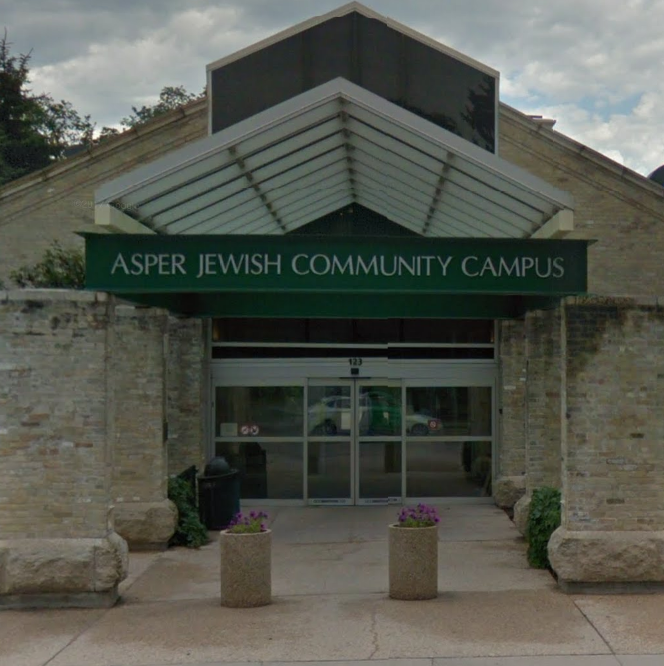 And the event speaker in question could only have been Rofeberg, who was disinvited the day after the Federation pulled away by the 3 synagogues putting on the "Shabbat Across Winnipeg" dinner.

Limmud stood by their intention for him to make 2 (non Israel/Palestine) speeches at their event, citing a "verified" denial by the rabbinical student he was pro-BDS.

I exposed that deception in a follow-up column 2 days before the conference began.

In theory, there were two options about what kind of hypothetical "demonstrators" the Campus might be concerned about.

Option A: IfNotNow members have been arrested while protesting at the offices of the Boston federation, disrupted the Detroit Jewish Day School celebrations on Israel Independence Day, and harassed the Chabad House synagogue in Austin, Texas in late February over a Holocaust presentation by a former Israeli soldier. 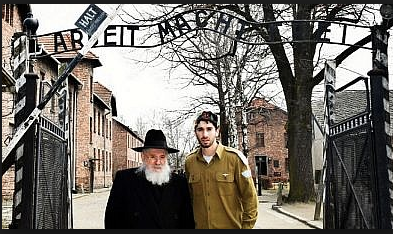 INN members have also carried "Israel is an apartheid state" signs at a New York rally.

That track record would cause lots of concern, if - IF - Campus officials considered that possibility before Martin contacted police.

If they simply considered Option B, however, that presents a huge public relations problem for the Campus and its funders - which includes the JFW and the Asper Foundation.

Because who - hypothetically - are the most likely protesters against a showcase being given in a Jewish classroom to a far-left wing, anti-Israel, pro-boycott podcaster at a campus named after Israel Asper (the biggest Zionist in Winnipeg history)?

That would be Holocaust survivors and descendants. Israeli Winnipeggers. IDF veterans. Let alone the Winnipeg Jewish community members identifying as Zionists - who like the North End family I was raised in have for 70 years supported Israeli Statehood, in legendary proportions per capita.

Those same people are courted by the Jewish Federation through its Combined Jewish Appeal to fund the Campus, the Gray Academy (schools) and Rady Community Centre on the Campus, and other local programs and facilities.

I told Goldstine, some of them have been asking, if the Federation and community agencies told the media details about bomb threats - BOMB THREATS - in 2017, what is so dire that everyone is keeping mum this time about why the police were called? 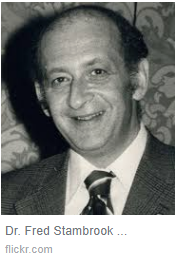 Over 30 years ago, Professor Fred Stambrook of the University of Winnipeg observed (in relation to Olga Fuga and the International Centre) that if organization pre-emptively calls in the cops before a scheduled event, it was actually trying to intimidate its own people.

We called it an Olgagarchy, Government by the Fuga.

He said in some minds - his included - the organization (technically the Citizenship Council of Manitoba) would forfeit the trust of members and the public and people would turn their backs. Tapped to chair the AGM as a compromise between the Olgagarchy and her detractors, Fred made good on his promise on the TV dinnertime news, "if the police are there, I won't be".

I don't think times have changed that much as to render his caution obsolete. 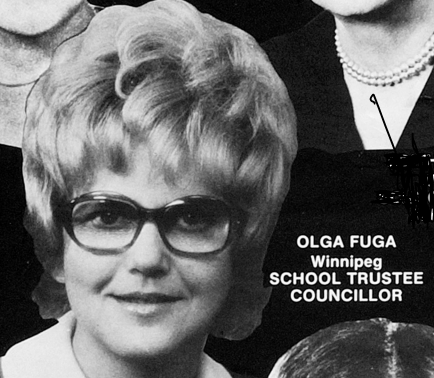 One aspect Goldstine cleared up was there is some sort of financial transaction between the Federation and Limmud Winnipeg after all.

In previous columns, I noted both Federation and Limmud representatives insisted there was no financial relationship, but it turns out there is support of a sorts, going both ways. I did not realize that Limmud's coordinator, Florencia Katz (pronounced Cats), is actually an employee of the Federation at the Jewish Public Library library and that Limmud in fact pays towards Katz salary for her time on their affairs.

It's some sort of cost-share arrangement with the Federation. Goldstine wanted to check further into the finer details, but I did not hear from the Federation before deadline.

In my first column, wearing her proverbial Limmud hat, Katz defended Rofeberg's appearance at Limmud and said that the volunteer group did not have the capacity to vette all 40 speakers for the conference.

She didn't explain how many people saw the IfNotNow mention in the Rofeberg bio before or after it got in the ad and didn't speak up, or if she herself saw it. One thing she did say to me was: "INN is not an anti-Israel organization."

Goldstine is aware that librarian Katz isn't the only prominent Limmudnik on the Federation payroll, as the incoming Limmud North America Vice-President is her Director of Planning and Community Engagement, Faye Rosenberg-Cohen.

Goldstine and I discussed the potential of a conflict of interest in the eyes of pro-Israel donors, as at least one employee was seemingly a player in providing a platform on the Federation-funded Asper Campus for Rofeberg despite "The values of the speaker are not in-line with ours" (ie their employer's).

But that is perhaps for another day. Goldstine had a lot to get caught up on. This controversy started with me reading an ad for a synagogue dinner, not expecting really to have any questions let alone discover an anti-Israel radical was coming to town as a featured speaker.

Now, the leadership of the Jewish community is faced with resolving unprecedented tension between Winnipeg's leading institutions, and supporters of the State of Israel.

This certainly hasn't been succesfully framed by Limmud or anyone else as a free speech issue, or of "diversity", or of 'Jewish learning'. To many people, from all walks of life in the Jewish community, what is a flashpoint is this seemingly "progressive" version of "pluralism".

As they see it, an opponent of Israel who said 'Zionist children don't deserve safe spaces' walked onto their turf and was legitimized by speaking inside a community campus they help pay for.

Add in the Stambrook principle about the police being on-site, and for a lot of the Jewish community in Winnipeg, that's not just a stop sign, it's a line in the sand.

[ Marty Gold, a Jewish voice on the Canadian Prairies, has hosted radio and TV current affairs programs since 1986. As an investigative reporter and podcaster, his opinions do not necessarily reflect the views of the Manitoba Post nor its staff. Twitter @TGCTS. Please support his citizen journalism directly via PayPal at this link http://paypal.me/MartyGoldMedia]