WINNIPEG - Born to parents who married in Winnipeg, Neil Young is regarded as one of the most legendary musicians of all time.

Young was born in Ontario but moved back here with his mom when he was in his teens after his parents divorced.

During his youth, Young fell in love with music and iconic artists like Elvis Presley.

Barely in his 20's, Young began to flourish as an artist, touring across Canada. He quickly earned a record deal and the rest is history.

Young’s success as a musician has earned him several Grammy and Juno Awards, he's been inducted into the Rock and Roll Hall of Fame twice and he was awarded the Order of Manitoba in 2006.

This vintage music poster advertised one of Young’s Winnipeg concerts in 1971 and even though it has some condition issues, it still sold for over $3700! 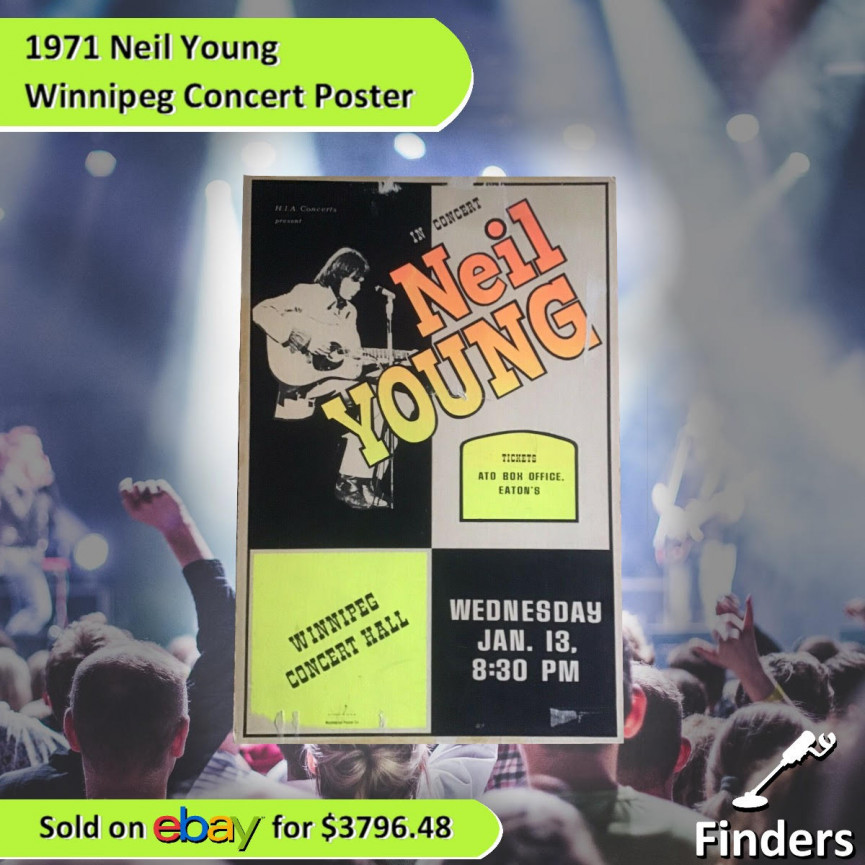