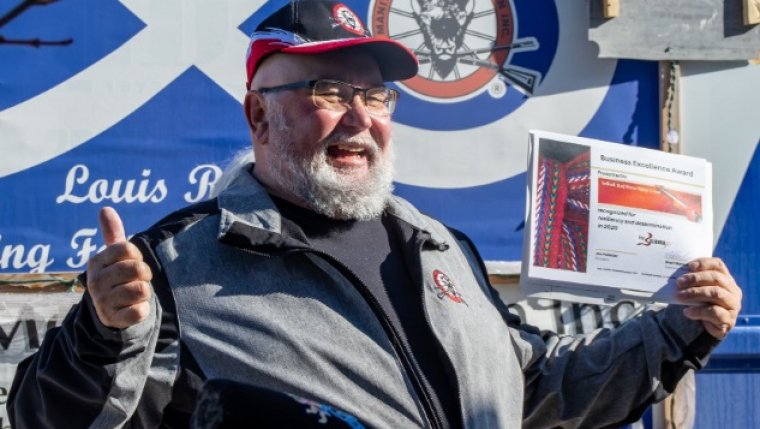 WINNIPEG - A Selkirk area man is taking an uplifting mobile music machine on the road, bringing the sound of the jig, and, with it, Métis culture, to the streets of Winnipeg.

Manitoba Métis Federation Interlake vice-president and minister of culture and heritage Alfred Anderson says his Métis music van was meant to lift spirits as a short-term substitute to in-person festivals and other events that were cancelled as a result of the COVID-19 pandemic.

Anderson says he paid for the van with his own money, while the local Métis Association sponsored the audio equipment. He’s now traveling the province, driving by birthday celebrations, school yards, and anywhere people need an extra dose of joie de vivre.

The traveling sound of the fiddle trumpeting into Manitoba communities not only bring smiles to faces and joy to audiences, who stop in their tracks and begin to clap and dance when they hear it - It also helps promote Métis culture and heritage. Anderson says, considering how many people invite him to drop in, he’s often on the road with the music van 20 hours a week.

Last week, the Interlake Metis Association, which Anderson leads as the Selkirk Red River Métis Local MMF affiliate, was presented by the Selkirk Biz with a Business Excellence Award for resiliency and determination.

Anderson says he’s planning to renovate the van to accommodate a pull-out stage for live performances in the near future. 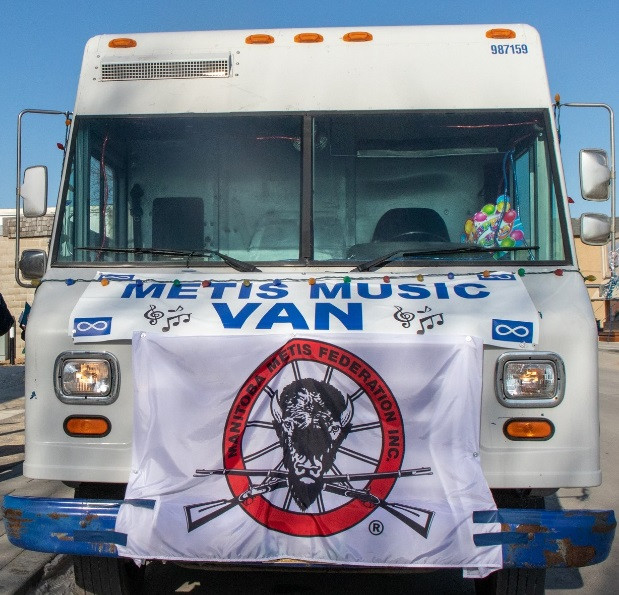