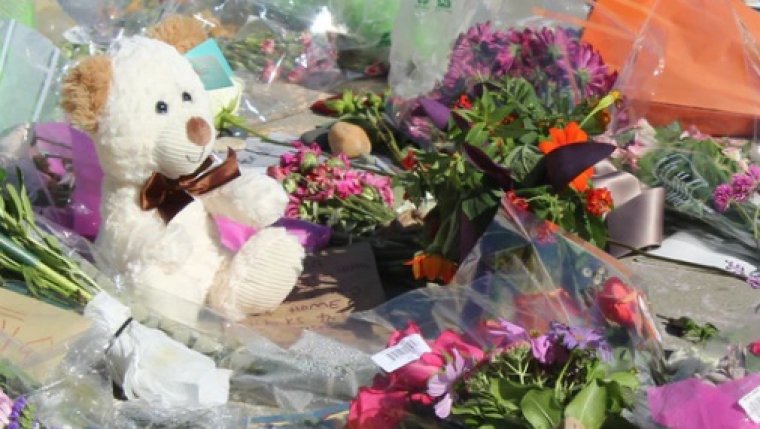 WINNIPEG - A makeshift memorial is growing for a three year old girl stabbed to death in Winnipeg last week.

Dozens of people gathered at King Edward and Jefferson on the weekend to mourn the child.

Her aunt told the crowd that their support and kind words are comforting.

Police say the girl was abducted from her mother at knifepoint on Wednesday.

She was found a short time later in a parked car with stab wounds.